Finn Russell and Scotland coach Gregor Townsend reconcile... but fly-half will NOT feature in final two Six Nations matches Finn Russell will not feature for Scotland in the games against France and Wales The fly-half was stood down from the squad after breaching team protocols  But he has made his peace with Gregor Townsend and will return in the summer  Scotland have won just one of their opening three games in the Six Nations

By Rob Robertson For Mailonline

Finn Russell and Gregor Townsend have made their peace at last - but the stand-off will not return to the Scotland squad until after the Six Nations.

Following a number of positive telephone conversations between the pair - two last Sunday and another last Tuesday - it was agreed that the Racing 92 playmaker will return to the fold.

However, Russell will not feature in the remaining games, against France at BT Murrayfield on Sunday and Wales in Cardiff on March 14, as it is feared his arrival would detract from preparations for two games only six days apart. 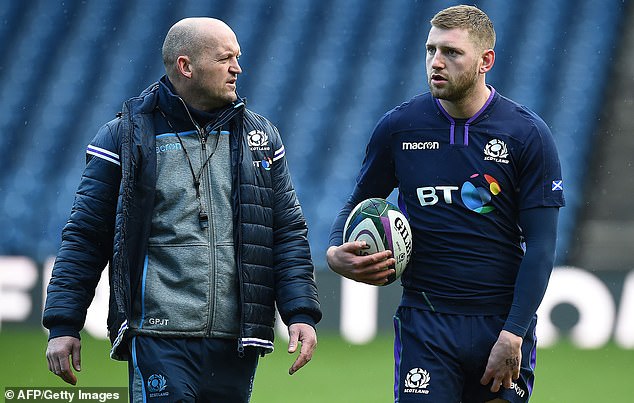