Newcastle appear just as oblivious to the danger of relegation as 2015... the club reeks of having not learnt any lessons from their previous failures Sportsmail wrote that Newcastle were sleepwalking towards relegation in 2015  No-one inside the club was awake to the threat, including boss Steve McClaren  Four years have passed but Newcastle appear just as oblivious to demotion  The club are in real trouble because teams who don't score will not win games

In December of 2015, Sportsmail wrote that Newcastle United were sleepwalking towards the Championship. Come May, they were relegated.

The point then was that no-one inside the club was awake to the threat of going down - be that the deluded manager Steve McClaren, the players or the board.

Four years on and you suspect they are just as oblivious to the danger of demotion. They shouldn’t be. 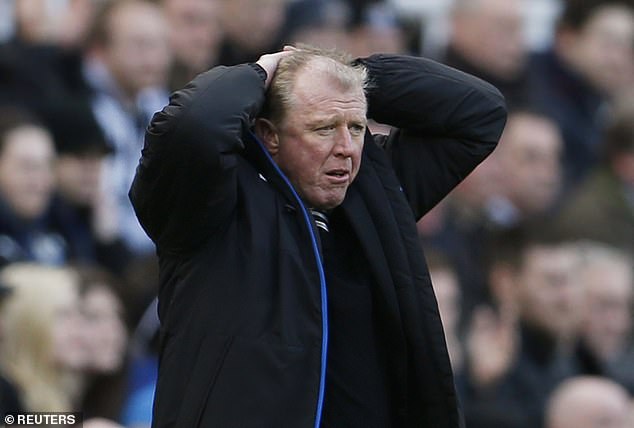 This reality has been coming since the first weekend of the season, only to be delayed by a series of head-scratching victories that arrived more by luck than design.

While those beyond Tyneside were hoodwinked by results, supporters and seasoned observers knew that it would not last.

Amid a subsequent run of one win in 10, Saturday’s stalemate was a fourth straight