Troy Deeney bustled his way through the waiting throng and initially looked as if he could erupt at any given moment.

Watford had just registered the standout result of the Premier League campaign, a 3-0 skewering of Liverpool that obliterated the champions-elect’s attempt to make history, but Deeney’s demeanour — and subsequent words — suggested he was mystified by all the attention.

‘It’s three points,’ said Deeney, who had inflicted the final blow of a remarkable 18-minute spell in the second half. ‘I don’t want to sound blasé, but everyone would have written us off. We don’t get an extra point for beating Liverpool. There’s no point being overly flamboyant. It’s just a win.’ 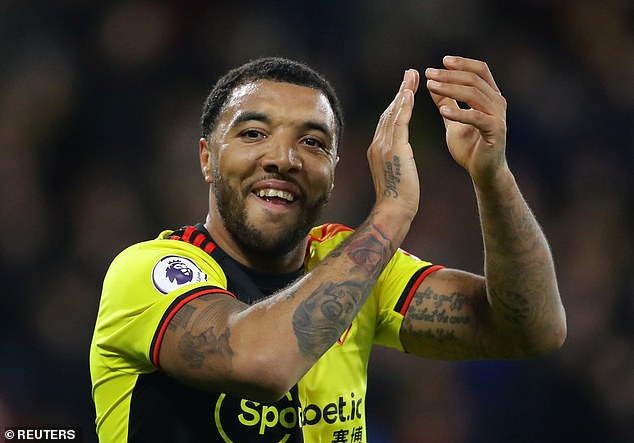 Not in this case. To adapt a line from George Orwell’s Animal Farm, some wins are more equal than others. There is no way Vicarage Road, such an atmospheric venue, would have shaken with enthusiasm and delight had this been a run-of-the-mill contest.

During a riotous second half, the energy of those in yellow left you in no doubt this was the kind of occasion to change the course of a season. It would be risible if Watford wasted such impetus.

Of course, the ending of Liverpool’s 44-unbeaten sequence attracted much of the focus. It had been 404 days since Jurgen Klopp had tasted domestic defeat but, really, it had been 860 days, stretching back to a 4-1 ransacking by Tottenham in October 2017, since he had been left so hollow by a result.

The consequence of this setback will not be disastrous and there is no need for an inquest. All this has done is delay when Liverpool can become champions and the prospect of winning the title at Goodison Park has been removed. 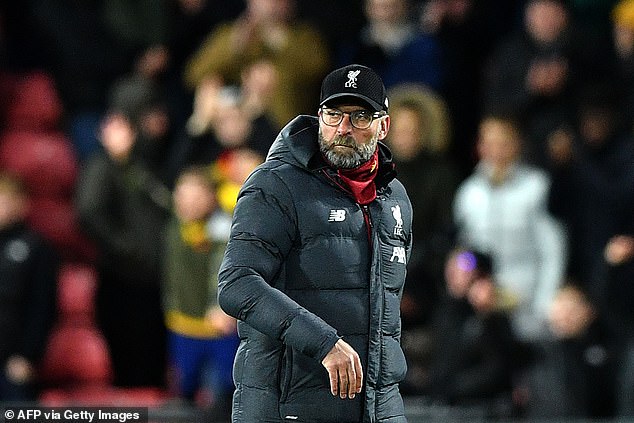 The night belonged to Watford and, eventually, Deeney began to warm up, sensing just what his team had achieved.

‘We took heed from Tyson Fury,’ said Deeney, who kept jabbing away at Virgil van Dijk and Dejan Lovren. ‘We thought we’re going to go on the front foot and have it out with them. We were good and they were a little bit off. Let’s not act like