Atalanta hit SEVEN goals for the THIRD time this season as they sweep past Lecce in Serie A and travelling fans are again treated to scoring spectacle Atalanta offered their fans a spectacle after netting seven goals against Lecce  The Serie A outfit have reached the same tally on three occasions this campaign  Roughly 30 fans made the trip to the game during Italy's coronavirus crisis  Duvan Zapata netted a hat-trick for Atalanta, who are fourth in the standings

By Associated Press and Daniel Davis For Mailonline

On a day missing one of Serie A's biggest matches, Atalanta offered a spectacle of their own for the travelling faithful after routing Lecce 7-2 on Sunday.

Duvan Zapata scored a hat-trick for the visitors, who have now sensationally netted seven on three separate occasions this season.

Lecce had come back from two goals down to make it 2-2 at halftime but Atalanta put on even more of a show after the break. 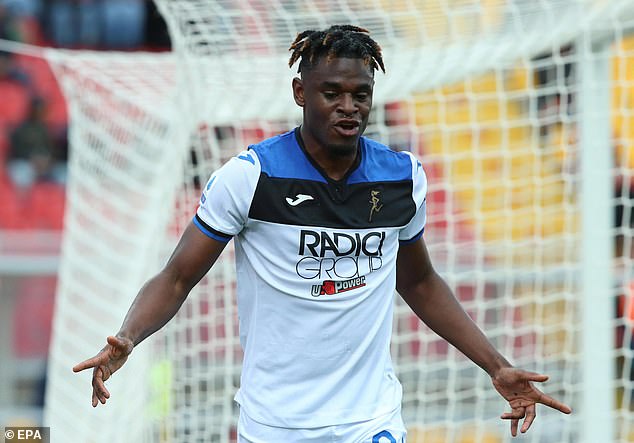 The notoriously formidable scorers also routed Udinese and Torino after plundering seven goals, and bagged five against AC Milan and Parma to further boost their tally for the campaign.

Atalanta have scored 70 goals in 25 league matches, 10 more than the team with the second-best attack, league leaders Lazio.

'That makes us even prouder, other than being a decisive factor in helping us turn matches around such as this one,' Atalanta coach Gian Piero Gasperini said.

'Unlike in the first half, the team was good in not losing its concentration after the break. Moreover, those who come off the bench want to score and to show what they can do. That's where results like this come from.' 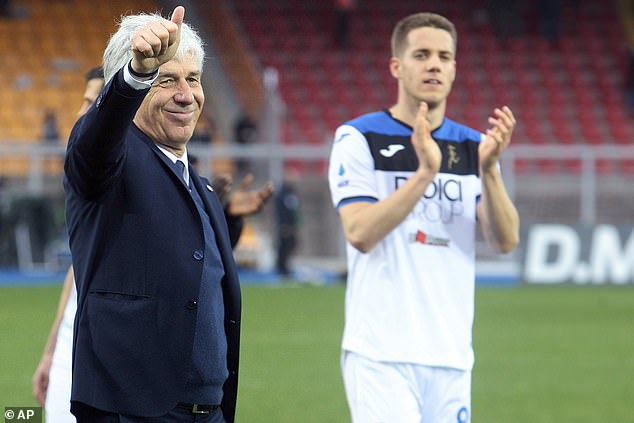 Gian Piero Gasperini lauded his free-scoring side, who have

Jenna Dewan sends a virtual kiss to her Instagram followers with a sweet selfie ...

Megabus announce suspension of all services in England and Wales