'It's a performance that has not been expected for years by the fans': Andy Robertson apologises to Liverpool supporters after shock defeat at Watford in the Premier League

Andy Robertson has issued an apology to Liverpool fans as their hopes of an Invincibles season vanished after their shock 3-0 defeat by Watford.

The defeat ended Liverpool's remarkable 44-game unbeaten run in the Premier League, five short of the top-flight record shattered by Arsenal, who went undefeated during the 2003-04 campaign. 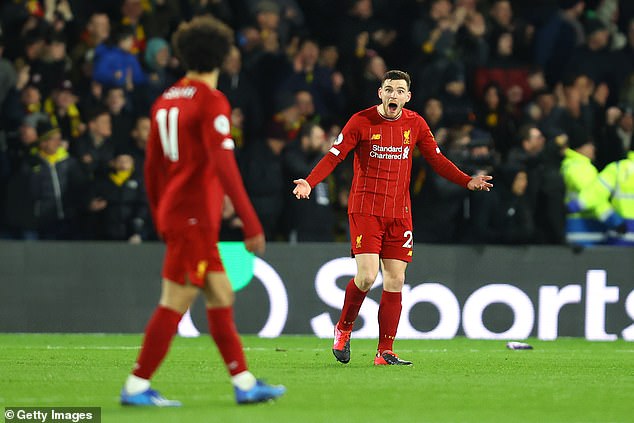