LeBron James keeps finding ways to assert his supremacy over the upstart New Orleans Pelicans and rookie sensation Zion Williamson - with or without the help of fellow Lakers All-Star Anthony Davis.

'Obviously, spectacular performance by LeBron James,' Lakers coach Frank Vogel said. 'His shot-making was ridiculous from both in the post, with turnaround jump shots, and at the 3-point line. 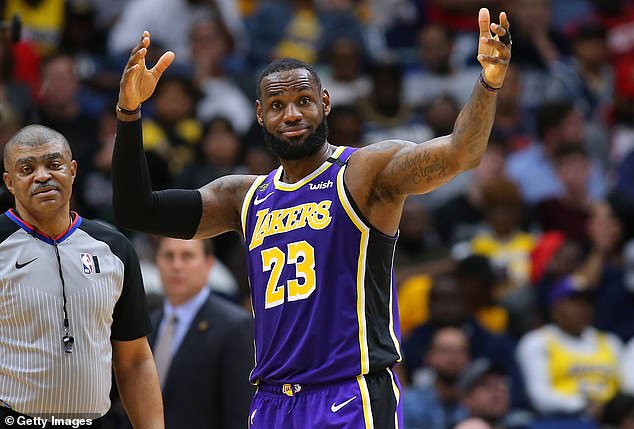 LeBron James was in irresistible form as he scored 34 points, 13 assists and 12 rebounds 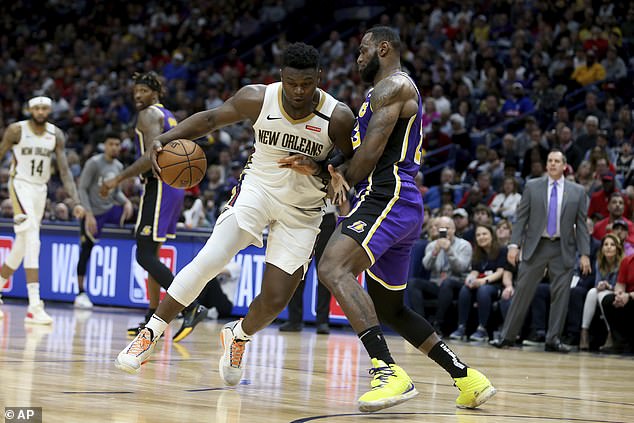 He left rival Zion Williamson, left, in the shade by overcoming his highest scoring game

'When they brought double-teams, he is one of the best passers in the league,' Vogel added. 'He showed it tonight and picked their defense apart.'

Williamson finished with 35 points, but his largely productive and highlight-filled night was marred somewhat by six turnovers.

'He is who he is - incredible player,' Williamson said of James. 'I give respect when it's due. He hit a big shot and it helped them seal the game.'

Davis, who spent the first seven of his eight seasons with New Orleans, sat out with a sore right knee, one night after playing in the Lakers' 105-88 loss at Memphis. His injury did not appear too serious; he was on the bench in street clothes and routinely reacted to the action on the court by springing out of his seat and standing on the sideline. 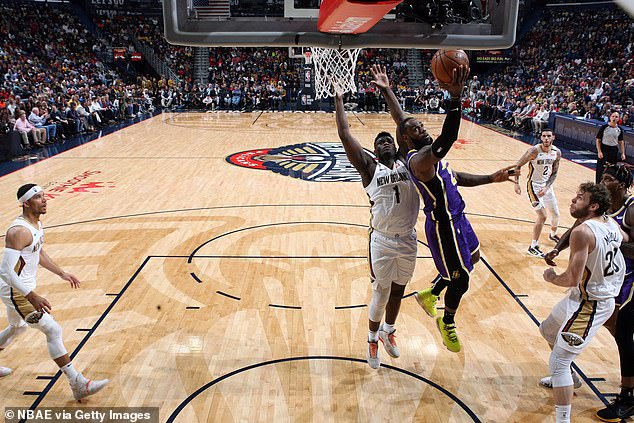 Kentavious Caldwell-Pope scored 13 and JaVale McGee asserted himself inside with six blocked shots and eight points, including his lay-up in the final minute that made it 120-112.

'We had one of the