Barcelona 'pull out of Willian move for the summer' as they want to prioritise Neymar signing... but Atletico Madrid are keen on snapping up Chelsea star Willian's contract at Chelsea expires at the end of the current campaign  The forward has been a long-term target for Barcelona but they are not keen  Atletico Madrid have expressed an interest in signing up the 32-year-old

Barcelona have dropped out of the race to sign Chelsea forward Willian in the summer, according to reports.

The Brazilian's contract at Stamford Bridge expires at the end of the season and there has been long-term interest in him from the Nou Camp, who tried to sign him earlier this season.

And the 32-year-old reportedly told his agents to prioritise Barcelona ahead of any other side. 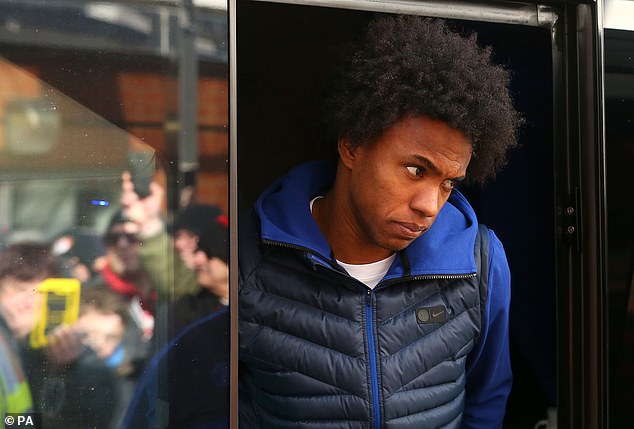 Lady Gaga had 'no idea' her father asked the public to pay their restaurant ...

Kristen Bell and Dax Shepard admit being 'at each other's throats' during ...