'You're going home in a f****** ambulance': Portsmouth fans aim vile chant at Lucas Torreira as Arsenal midfielder is taken off on a stretcher following serious-looking ankle injury during FA Cup clash

Arsenal were dealt an injury blow during their FA Cup fifth round clash with Portsmouth as midfielder Lucas Torreira was taken off on a stretcher.

The Uruguayan went to ground holding his ankle after a robust challenge from Portsmouth full-back James Bolton and was carried off by paramedics.

Pompey fans were in fine voice at Fratton Park but Torreira was given a hostile send-off as 'you're going home in a f****** ambulance' reverberated around the ground. 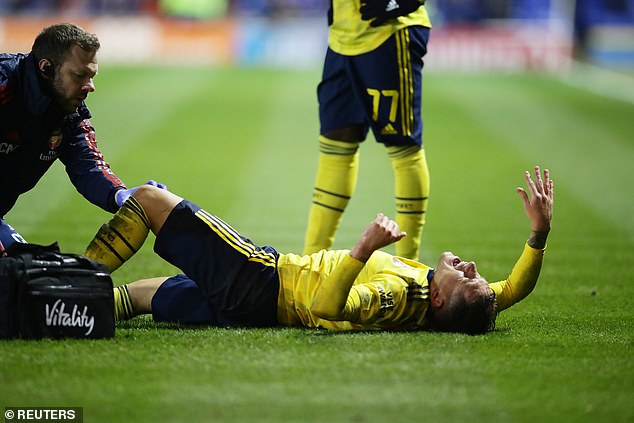 How an Australian humanitarian and Lady Gaga created the word's biggest ... mogaznewsen