'That's a Mike Dean yellow card if ever I've seen one': Arsenal fans fume at referee after Matteo Guendouzi is given harsh booking for sarcastically placing the ball down for a free-kick having been told to re-take it Arsenal's Matteo Guendouzi was booked for sarcastically placing the ball down Mike Dean cautioned the Frenchman during the FA Cup tie against Portsmouth Gunners fans were left fuming by the harsh yellow card during the first half

Arsenal fans were left incensed on Monday after Matteo Guendouzi was booked for theatrically placing the ball down for a free kick by referee Mike Dean.

The French midfielder was cautioned by Dean during the first half of the Gunners' FA Cup tie with Portsmouth, leaving supporters bemused as to why he was booked.

Moments before the booking, Guendouzi managed to win his side a free kick just before the half-time interval but when he tried to take it quickly, he was told the ball wasn't taken in the correct place. 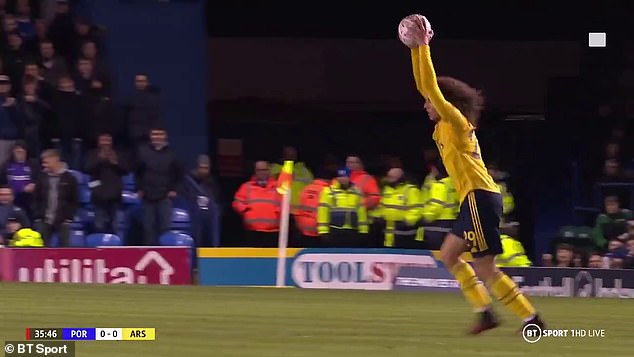 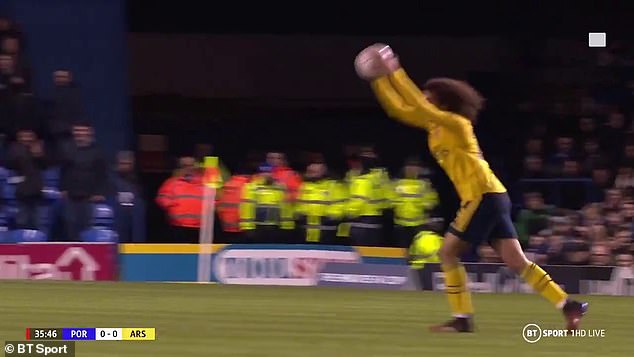 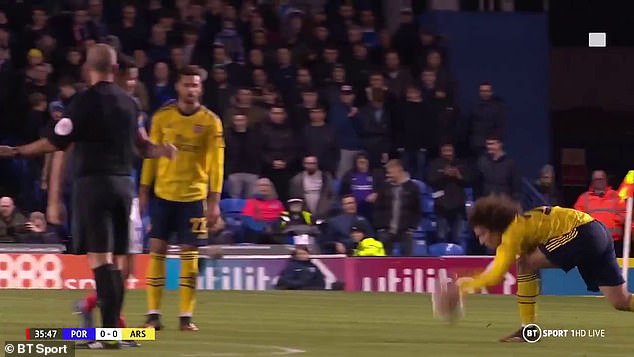 When he tried taking it again, Dean pointed out that the ball was again not in the correct position leading to a frustrated Guendouzi picking up the ball high above his head before placing it on the ground with