'Next time we will leave the pitch, even if they punish us with a defeat': Inaki Williams insists Athletic Bilbao stars are ready to walk off with him if he is subjected to vile racist abuse again Inaki Williams was subjected to monkey noises during a draw away at Espanyol The Athletic Bilbao forward says he and his team-mates are ready to take a stand Williams insists the whole team will walk off the pitch if the abuse occurs again Espanyol banned 12 of their fans after investigating the incident with Williams

Athletic Bilbao forward Inaki Williams and his team-mates will walk off the pitch and abandon the game if they see or hear racist abuse again this season.

The 25-year-old was subjected to disgusting racial abuse during a 1-1 draw away at Espanyol at the end of January.

Williams insists that Bilbao's stars have decided to take a stand against racism, and will now head for the changing rooms if it happens again. 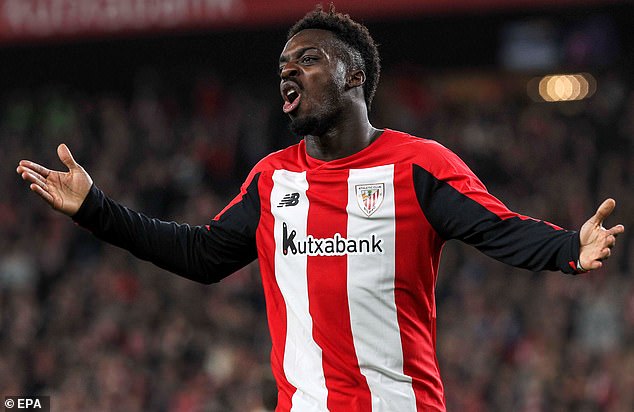 'If this is repeated, I will

'The world will be different': BlackRock chief says the global economy has been ... mogaznewsen