Rolando Maran sacked as Cagliari boss after 11-game winless sees them plummet out of Serie A top-four race Cagliari have endured a miserable run of results for nearly three months  The club were fourth in Serie A but have since dropped down to 11th in the table  Cagliari are now closer to the relegation zone, in points terms, than the top four

Cagliari fired coach Rolando Maran on Tuesday after an 11-match winless run in Serie A sent them plummeting from fourth to 11th in the table.

Maran, who had been in charge for a little more than a season and a half, was sacked two days after a 4-3 home defeat against AS Roma and only four days after a glowing tribute to his work from club president Tommaso Giulini.

The Sardinian club said on its website that it had 'revoked Maran's responsibility' for coaching the team. Two of his assistants were also dismissed. 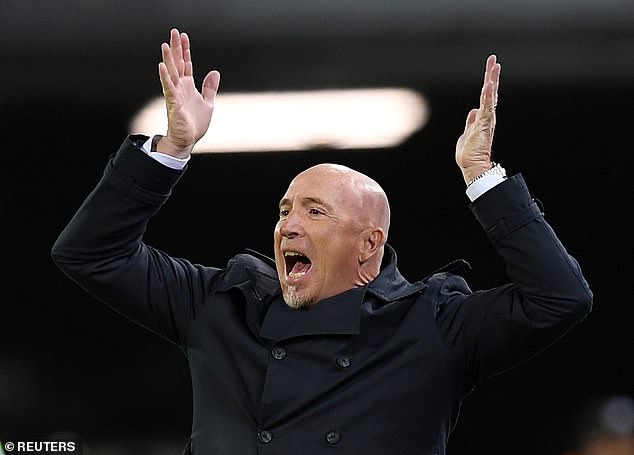 Cagliari have sacked manager Rolando Maran after the club's