Fourth-division side FC Saarbrucken have stunned the Bundesliga's Fortuna Dusseldorf after a dramatic sudden death penalty shootout in the quarter finals of the German Cup.

Saarbrucken, who only qualified for the tournament by winning their regional Saarland Cup, took their esteemed opposition to penalties and had been leading until the dying minutes of normal time.

The game went to a penalty shootout and an incredible 20 penalties were required to separate the two sides.

The south-west regional league have now defeated a top-tier opponent for the second time in their incredible run to the semi-finals of the domestic cup, the most coveted German knockout tournament. 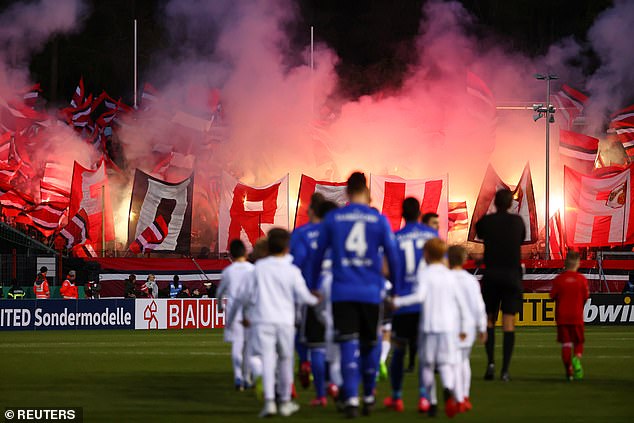 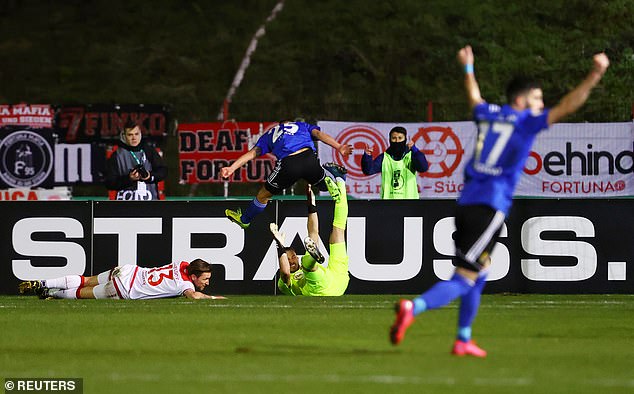 Saarbrucken's Tobias Janicke wheels away after stunning their Bundesliga opponents 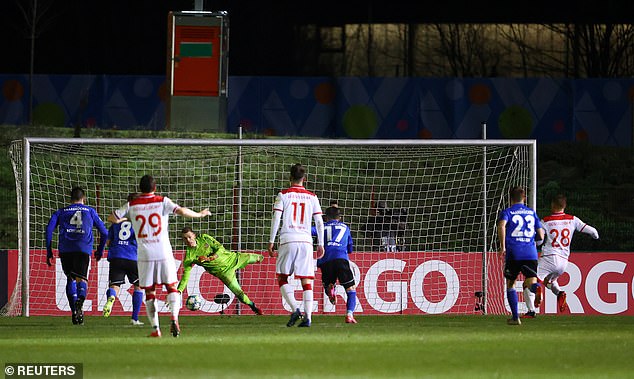 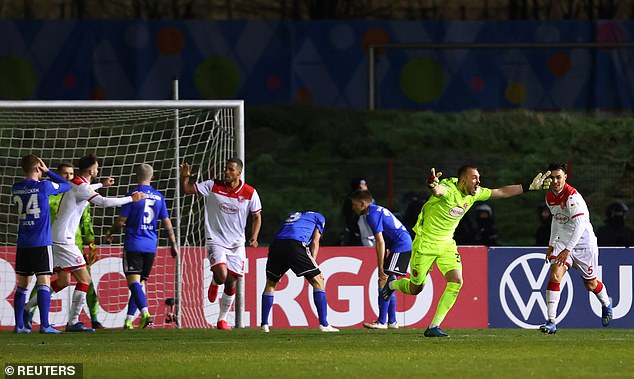 Tobias Janicke converted for the home side after an incisive counter attack midway through the first half to send the fans into a frenzy.

At the other end, goalkeeper Daniel Batz produced a string of stunning saves to deny the Bundesliga side on countless occasions.

And in the 83rd minute, Dusseldorf were awarded a penalty but yet again they could not find a way past Batz who dived low to his right to push the ball away.