Manu Tuilagi is England’s master of destruction on the pitch — and he is building an equally fierce reputation on the chess board.

The powerhouse centre, who rattled Ireland No 10 Johnny Sexton with his early carries in England’s victory last time out, has clearly been working on fast starts.

Snatching an early try has been a big focus of England’s preparations for Wales, but Tuilagi has extended the approach beyond rugby. 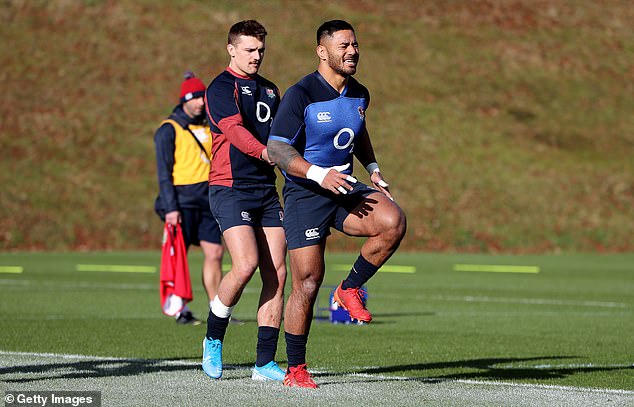 England have formed a chess league in camp at Pennyhill Park —with Jonny May providing the main competition.

‘I started playing in Japan during the World Cup. I’m obsessed with it,’ said Tuilagi. ‘We play

'Marvin Humes, Patrick Kielty and Michael Ball will replace Matt Baker on The ...