GB Cycling's excuses are 'laughable' says former British rider turned Denmark coach Dan Bigham, who blames the team's slump on complacency GB coach Stephen Park said British cyclists are taking their knowledge abroad He said the reason his squad is no longer dominant is because of the brain drain But Dan Bigham said GB's 'complacency' and 'flaws' are the reasons for failure

The former Great Britain rider now masterminding Denmark's team says it is 'laughable' for British Cycling to blame a brain drain for their decline.

Dan Bigham has hit back after British Cycling performance director Stephen Park claimed one of the reasons his squad are no longer dominant is because Brits who 'acquired knowledge' on the national programme have taken that expertise to other countries.

Bigham, who rode at the 2018 Track Cycling World Championships and is now a performance engineer for Denmark, suggests British Cycling are struggling because of 'complacency' and 'flaws in their system'. 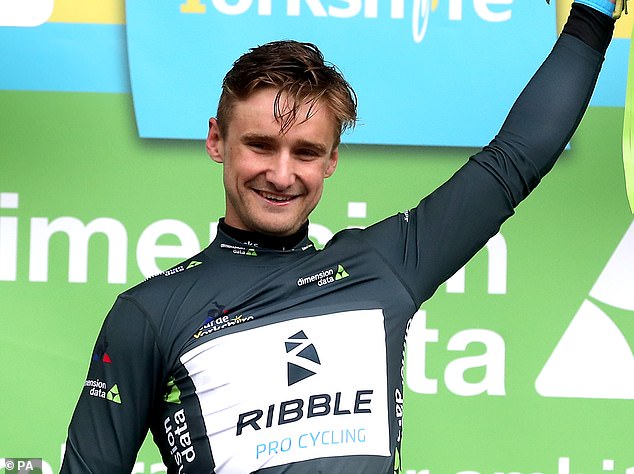 And he revealed that Park asked him to share his secrets 12 months ago — without offering to pay for the Derby-based rider's intellectual property (IP).

GB won only four medals at last week's Track Cycling World Championships, which led to Park warning we should 'temper our expectations' ahead of this summer's Olympics in Tokyo.

He added of GB's rivals: 'A lot of them have got Brits involved, who have acquired knowledge from their time at British Cycling and gone on to trade that effectively.'

Bigham was one of the brains behind the world record Denmark set last week in the men's team pursuit, an event GB have won at the last three Olympics.

Responding to Park's comments, he told Sportsmail: 'It's laughable. I think they are looking in the wrong place.

'It's funny for them to be claiming that suddenly their IP going elsewhere is why they are not performing. I think there are other things at play.

'Their downfall is not because of the work that we are doing, it's because of flaws in their system that they need to address. But it's not in my interest to point out a million different things that I think they

PREV 'I'll be having a party for one': Werrett hoping for group 1 success mogaznewsen
NEXT sport news Conor McGregor's coach hints at fight with Tony Ferguson at UFC 249