'We made seven changes because we knew it would be intense': Jurgen Klopp forced to defend his team selection as Liverpool's dream of a historic Treble is dashed by Chelsea

Jurgen Klopp was forced to defend his team-selection on Tuesday night as Liverpool's dream of a historic Treble was dashed by Chelsea.

Klopp made seven changes from the side that lost to Watford on Saturday - and included youngsters Neco Williams and Curtis Jones in his starting XI as well as fringe players Adrian, Adam Lallana and Takumi Minamino. 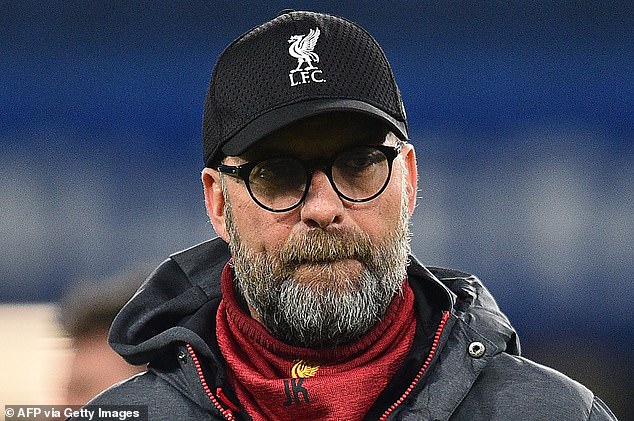 'It was clear we needed acceleration. It's a learning process for the young players and you can't do that in the living room at home.

'Losing 2-0 is not good. But it's easy to explain. We made two massive mistakes around the goals.'

Despite being virtually assured of winning their first