Bruno Fernandes reveals how Ole Gunnar Solskjaer made him feel like Manchester United was the only club for him as Old Trafford boss told him: 'I need you, I want you', before he made his January move Bruno Fernandes made switch from Sporting Lisbon to Old Trafford in January  Fernandes won the Premier League's Player of the Month award for February  The 25-year-old has opened on why he wanted to complete move to Man United

Manchester United's January signing Bruno Fernandes has revealed that Ole Gunnar Solskjaer was a key factor in his £68million move.

The Portuguese midfielder made the switch from Sporting Lisbon to Old Trafford in January on a five-and-a-half-year deal and he has certainly hit the ground running.

Fernandes won the Premier League's Player of the Month award for February after making an instant impact at United. 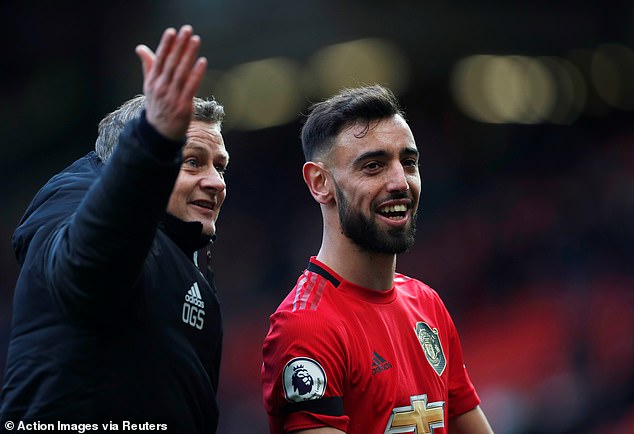