'People will be ripping them off... It is quite farcical': Brighton's Glenn Murray slams idea of wearing face masks when clubs return to full training and admits fears over rushing to restart Premier League season Brighton forward Glenn Murray has slammed the idea of wearing face masks  He said players wearing them would be 'off-putting' and the idea was 'farcical'  Murray also said an idea to quarantine players in hotels was 'far-fetched' The striker admitted his concerns about returning to action during lockdown

Brighton's Glenn Murray said any suggestion players could wear masks during training was 'farcical' and he was similarly scathing about plans to quarantine players in hotels.

'We have got to look at the Premier League as the global brand it is and the reason it is that big is because of the quality of the players that are in it,' Murray said.

'To be hindering ourselves with face masks is going to be off-putting, it is not going to be natural, people will be ripping them off in games. It is quite farcical.' 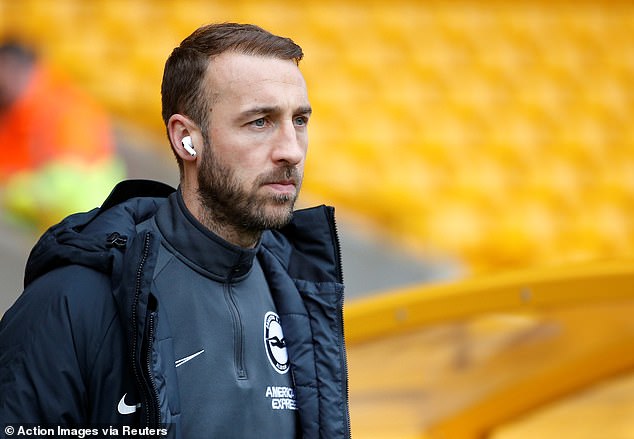 And of being forced to stay in hotels, he added: 'I think (that) is far-fetched. It is not just the eight weeks away from your family,