'That was the moment you knew he was going to be special - I've never seen anything like it': Gary Neville says 2006 World Cup was a turning point for Cristiano Ronaldo at Manchester United, claiming 'all the negative aspects of his game just disappeared' Gary Neville hailed Cristiano Ronaldo's transformation over the summer of 2006 Ronaldo helped Portugal beat England before losing to France in the semi-finals  Neville says Ronaldo returned to Manchester United training a different player He had transformed physically and removed the bad habits from his game

Gary Neville believes the 2006 World Cup was a major turning point in Cristiano Ronaldo's career at Manchester United and led him on the path to becoming one of the football's greatest-ever players.

Ronaldo was just 21 at the tournament in Germany, in which he helped Portugal knock England out at the quarter-final stage, before returning to United and scoring 23 goals in 53 appearances and 42 in 49 games in 2007-08.

Neville played alongside Ronaldo for six years at United before he left for Real Madrid and admitted it was that summer that the Portuguese star transformed mentally and physically into becoming one of the game's greats. 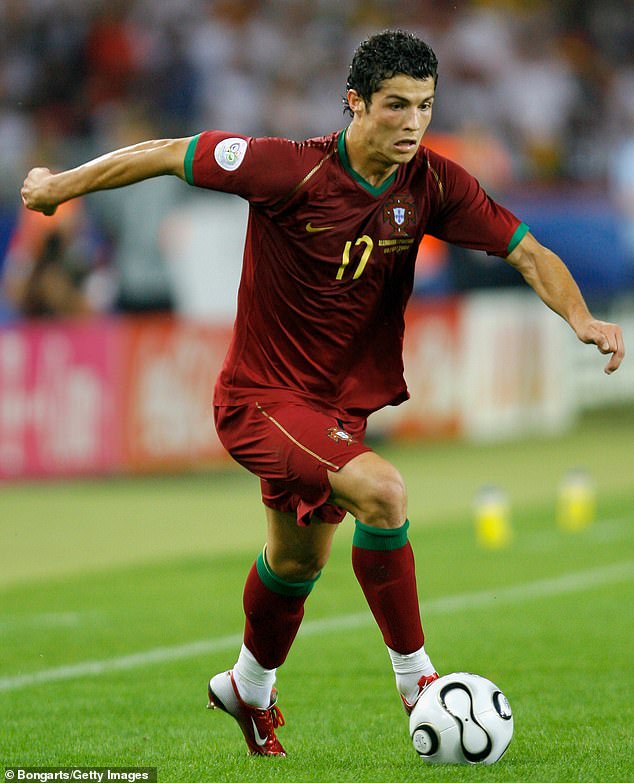 Speaking on Friday's The Football Show on Sky Sports, Neville said: 'He was incredibly driven. I knew him more professionally than personally but his drive was out of this world.

'He was one of the few players that would announce that individual trophies were important to him. Most would say the team is more important but he would say "I want to be the best player in the world because in turn it would help my team". He wanted to be the very, very best in the world and what he's done over many years is exceptional.

'It's an obsession with scoring goals, applying himself every day, being the fittest he could be. He's lifted his standards every year. I've got no doubt he will want to continue playing and overtake Pele's numbers. He wants to be the greatest of all time and understanding along the way that