Manchester United will 'not sell Dean Henderson and instead seek ANOTHER loan move for him' following star turn during Sheffield United spell as club want him to develop more before replacing David de Gea as No 1 Man United see Dean Henderson as a viable replacement for David de Gea United want Henderson to develop more before giving him chance to be No 1 Henderson has attracted transfer interest from PSG, Juventus and Chelsea Sheffield United are likely to want to extend Henderson's stay for another year

Manchester United will reportedly resist any transfer bids for Dean Henderson and instead seek another loan move for the promising goalkeeper.

The 23-year-old has been in inspiring form for Sheffield United this season and his performances have not gone unnoticed, attracting interest from Paris Saint-Germain, Juventus and Chelsea. 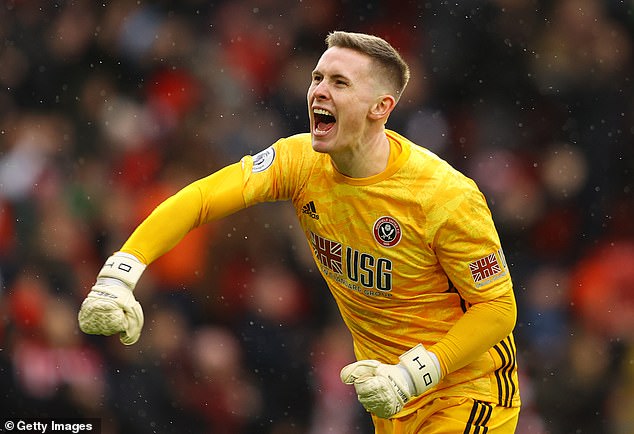 PREV Why the 2020 NRL title race will be the toughest in history mogaznewsen
NEXT sport news Premier League clubs 'to vote next week on Project Restart' and government may ...