Liverpool stars Virgil van Dijk, Sadio Mane and Mo Salah are among three of seven players from the club to make it into EA Sports' Team of the Season So Far.

Club captain Jordan Henderson, fullbacks Trent Alexander-Arnold and Andy Robertson and goalkeeper Alisson were the other members of Jurgen Klopp's side to make the 20-man squad.

Wolves winger Adama Traore and Sheffield United goalkeeper Dean Henderson - who was rated the lowest with 88 - were also included in the team, but there was no place for Tottenham and England striker Harry Kane. 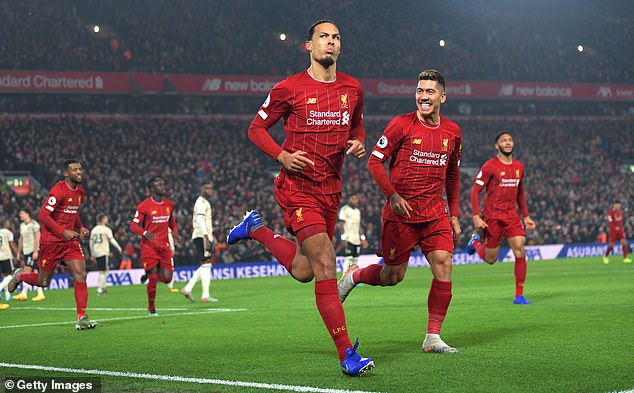 PREV sport news Callum Hudson-Odoi 'to train with Chelsea this week if his coronavirus test ...
NEXT sport news Premier League clubs 'to vote next week on Project Restart' and government may ...