AC Milan 'in contact with Luka Jovic over £35m summer deal' for out-of-favour Real Madrid striker... who signed for the Spanish giants last year for £62m Luka Jovic signed for Real Madrid last summer for £62m from Eintracht Frankfurt But the Serbia international has only scored twice in 24 appearances this season AC Milan are interested in bringing the 22-year-old to the San Siro for £35m  Napoli are another Serie A club keeping an eye on Jovic's situation in Spain

Jovic, who moved to the Bernabeu for £62m after an impressive goalscoring campaign at Eintracht Frankfurt last season, has failed to hit the heights promised in Spain.

He has scored just two goals in 24 appearances for Zinedine Zidane's side, and could move to Milan for £35m, or alternatively could agree a two-year loan, according to Italian outlet Calciomercato. 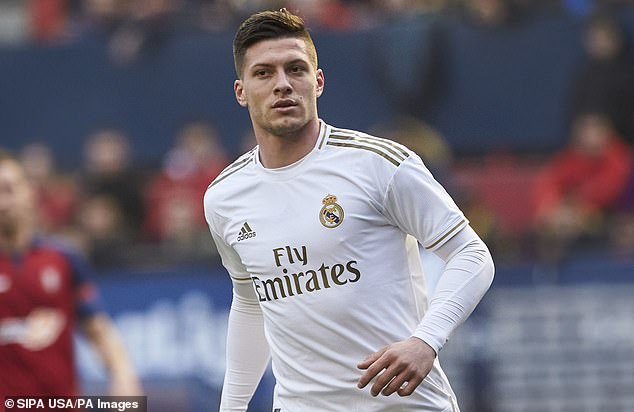 PREV sport news Boxing champion has to reassure friends he is still alive
NEXT sport news Dominick Cruz ready to roll back the years and beat champion Henry Cejudo at ...