Manchester City and England defender Kyle Walker has opened up on his mental health anguish after breaking coronavirus lockdown rules to visit family this week.

The Sun reported that the 29-year-old had flouted Government guidelines just weeks after he apologised for holding a sex party with two escorts.

The outlet claimed Walker travelled from his house in Prestbury, Cheshire, for a party at his sister's house in Rotherham, South Yorkshire, and then went to his parents' home in Sheffield. 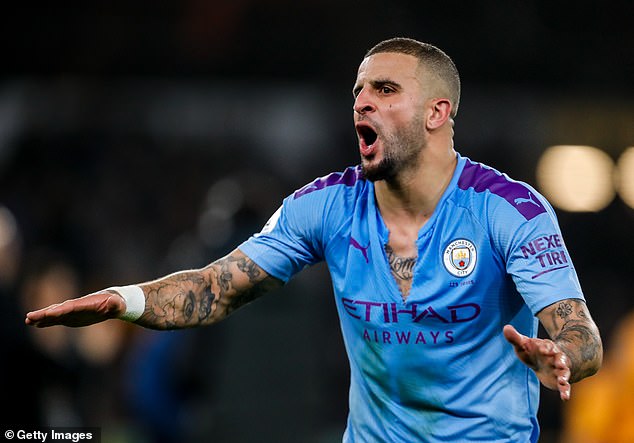 The following day he reportedly went out cycling with a friend from his rented property in Hale.

'I have recently gone through one of the toughest periods of my life, which I take full responsibility for. However, I now feel as though I am being harassed. 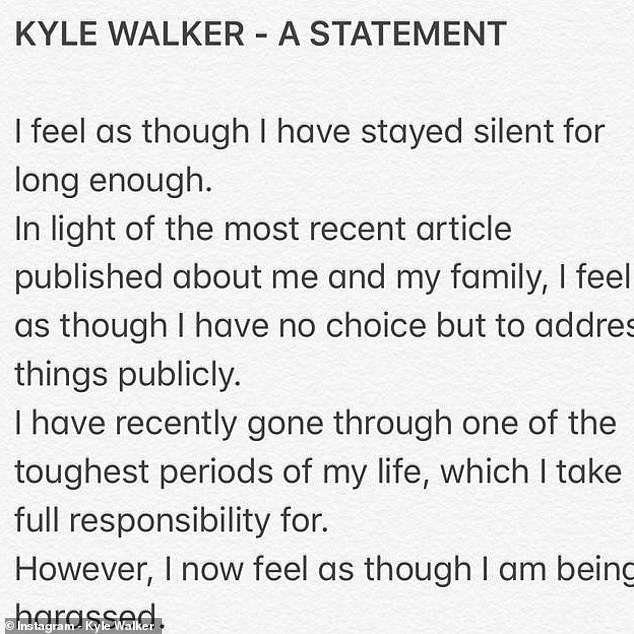 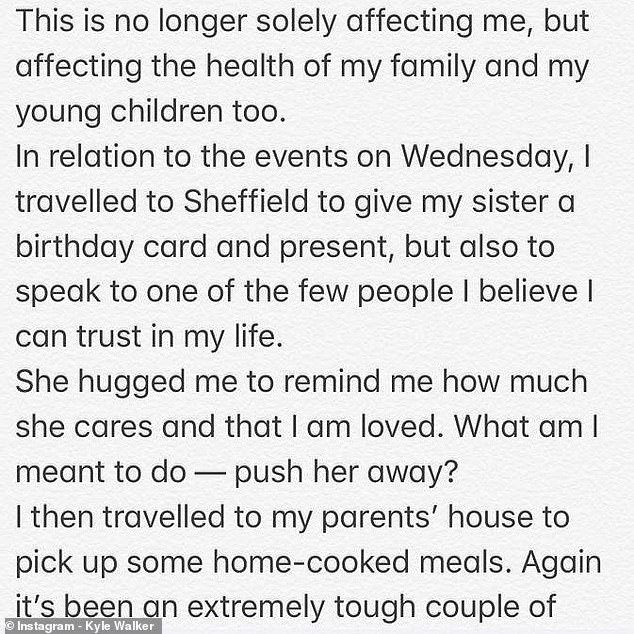 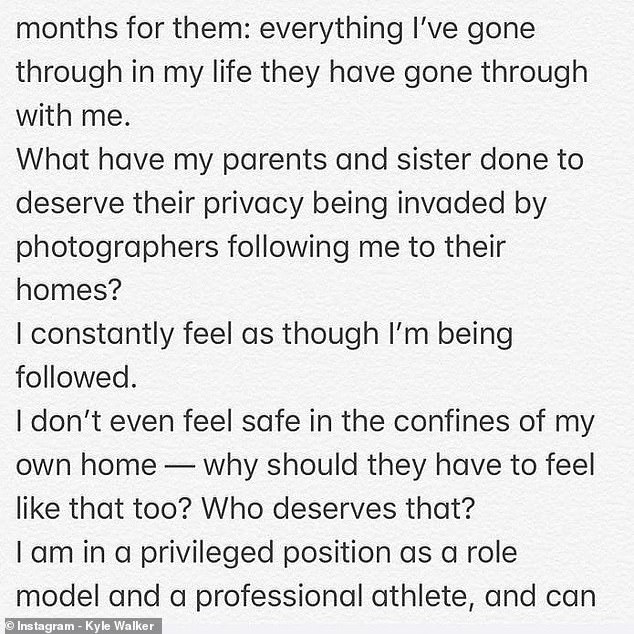 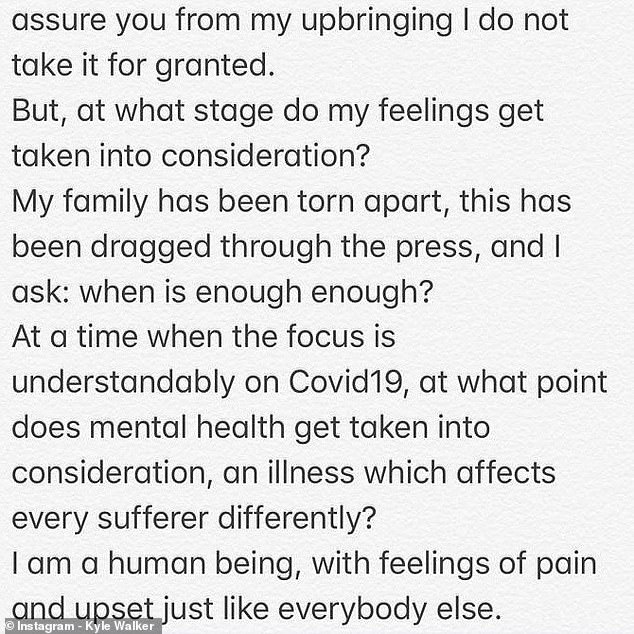 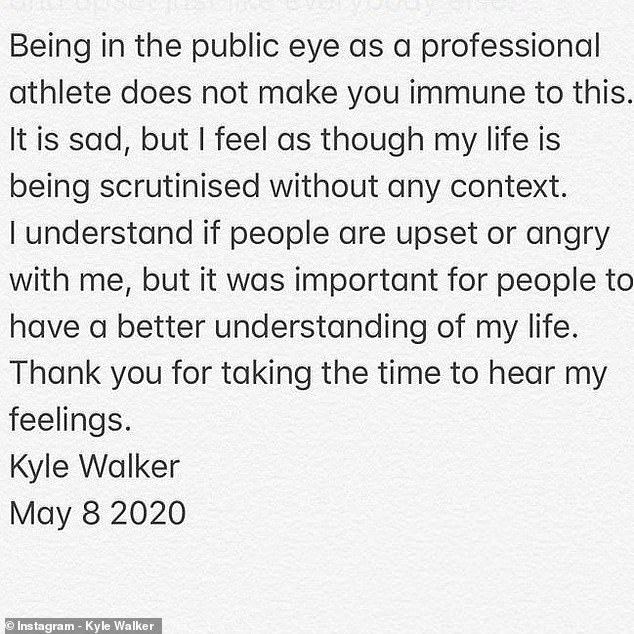 'This is no longer solely affecting me, but affecting the health of my family and my young children too. In relation to the events on Wednesday, I travelled to Sheffield to give my sister a birthday card and present, but also to speak to one of the few people I believe I can trust in my life.

'She hugged me to remind me how much she cares and that I am loved. What am I meant to do - push her away? I then travelled to my parents' house to pick up some home-cooked meals. Again it's been an extremely tough couple of months for them: everything I've gone through in my life they have gone through with me.

'What have my parents and sister done to deserve their privacy being invaded by photographers following me to their homes?

'I constantly feel as though I'm being followed. I don't even feel safe in the confines of my own home - why should they have to feel like that too? Who deserves that?

'I am in a privileged position as a role model and a professional athlete, and can assure you from my upbringing I do not take it for granted. But, at what stage do my feelings get taken into consideration?

'My family has been torn apart, this has been dragged through the press, and I ask: when is enough enough?