'My head was blown off': Manchester City star Kevin De Bruyne lifts lid on working with Pep Guardiola as he reveals his tactics are overwhelming at the start... and names his favourite team-mate of all time Kevin De Bruyne has revealed what it is like to work under Pep Guardiola He admitted as a new player coming in, Guardiola can be quite overwhelming The Manchester City star also revealed his favourite team-mate of all time

Kevin De Bruyne has revealed how Pep Guardiola blew his head off with information and his tactics when they first teamed up together at Manchester City.

The Belgium star joined City in 2015 a year before Guardiola arrived from Bayern Munich and has helped the club to win two Premier League titles over the last five years.

Guardiola is widely revered as a master tactician after earning a reputation as one of the world's best managers during trophy-laden spells at Barcelona, Bayern and now City. 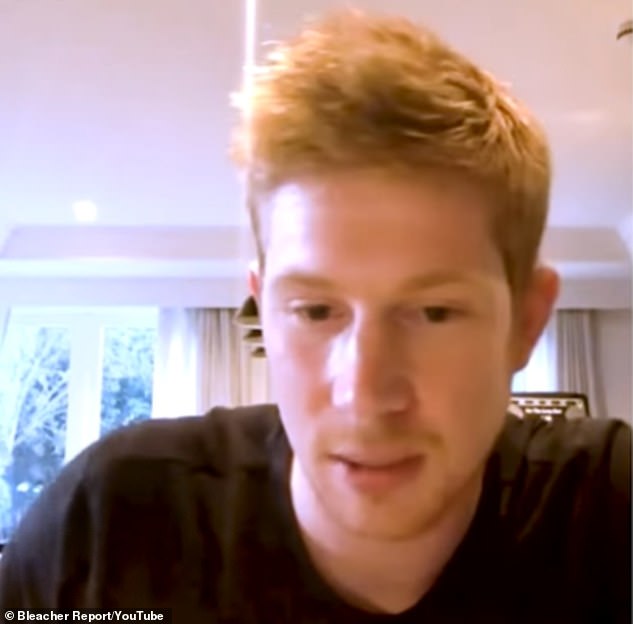 De Bruyne, who has lifted the lid on working with Guardiola by revealing it can be quite overwhelming initially, insists he now feels comfortable and more knowledgeable because of the Spaniard boss.

Speaking to Los Angeles Lakers star Alex Caruso during a live video chat hosted by , De Bruyne said: 'He explains so much to some people when we have a meeting. In football, you have tactics, but it's not like the NFL.

'I think there's players when they come in and they have a few meetings and he explains so much in the beginning. Like football, you don't think so much; you just do it. You know a few things that you

PREV Private schools plan to get footy back as AFL clubs eye talent mogaznewsen
NEXT sport news Premier League clubs 'to vote next week on Project Restart' and government may ...