'Good players can always play together': Ole Gunnar Solskjaer is relishing pairing Bruno Fernandes and Paul Pogba together as he reveals Manchester United coaches have discussed how to get the best out of star duo Bruno Fernandes and Paul Pogba are yet to play together for Manchester United Pogba's 2019-20 season has been wrecked by a persistent ankle injury Frenchman is expected to be fit when the season is due to resume next month Fernandes has hit the ground running since arriving from Sporting Lisbon

Ole Gunnar Solskjaer is looking forward to playing Bruno Fernandes and Paul Pogba together in Manchester United's midfield when the season resumes.

Fernandes has hit the ground running at Old Trafford since joining in January and won February Player of the Month in the Premier League.

But he is yet to play alongside Pogba, whose season has been wrecked by injury and has not kicked a ball in anger since Boxing Day. 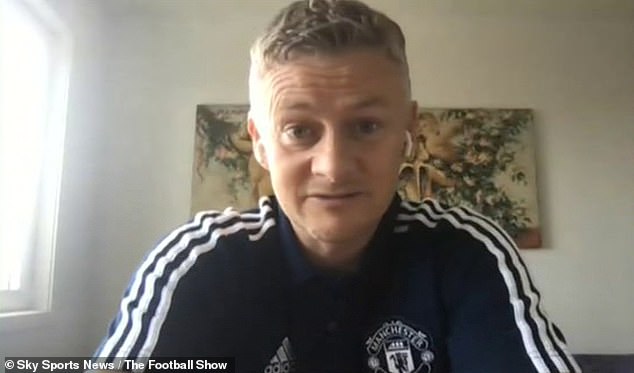 And Solskjaer, like many United supporters, admits the prospect of pairing them together for the first time is 'exciting'.

'We have an exciting squad. Bruno coming

PREV sport news Hoffenheim doctor suggests a bizarre new list of rules for football - as the ...
NEXT sport news Premier League clubs 'to vote next week on Project Restart' and government may ...