'We know we can save our season with a trophy': Alexandre Lacazette eager to end a horrid campaign on a real high with Arsenal by sealing FA Cup glory Arsenal can still end the season with silverware following a horrid 2019-20 term Arsenal are going in search of their 14th FA Cup against Chelsea on Saturday Striker Alexandre Lacazette is desperate to finish the season on a real high The Gunners can secure re-entry to Europe next season via the FA Cup

Alexandre Lacazette says Arsenal have the chance to save their season when they face Chelsea in the FA Cup final.

An eighth-placed league finish and premature Europa League exit means it all comes down to Wembley for Mikel Arteta's side.

Not just to claim a tangible reward from this campaign but also to secure re-entry to Europe next season. 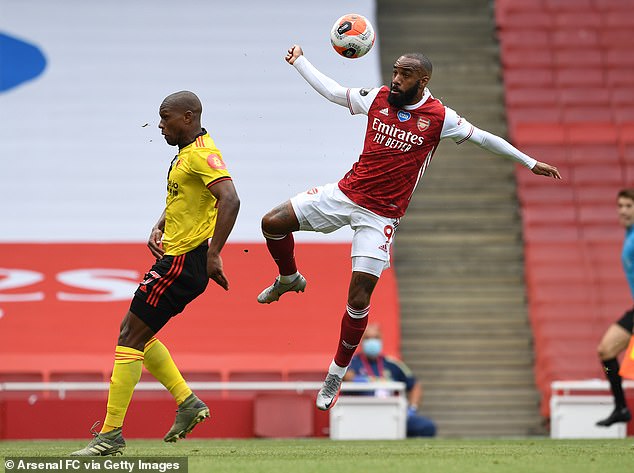 Lacazette said: 'We are excited because we know we can save our season with a trophy, which would mean a lot for us and the fans.

'In the league we finished in a bad position, we lost against Olympiacos early in the Europa League, so we missed a few of our targets. That's why I say it would save our season.'

As if any further motivation is needed, Lacazette, 29, has plenty. Memories of the pain that followed the Europa League final defeat by Chelsea in Baku a year ago remain fresh.

'It was maybe the worst flight I have ever had,' said Lacazette. 'Nobody was talking. It was a long