'It is with a heavy heart that I have decided to leave Wigan Athletic': Paul Cook quits as Latics manager after relegation from the Championship following 12-point deduction for entering administration Paul Cook has left his role as manager of Wigan Athletic after their relegation  The Latics were demoted from Championship after getting a 12-point deduction  The club were handed the penalty after entering administration last month Cook lead Wigan to the League One title and the FA Cup quarter finals

Paul Cook has announced that he has left his role as Wigan manager with a 'heavy heart'.

Wigan were relegated from the Sky Bet Championship last week after being deducted 12 points for entering administration.

The Latics' appeal against their 12-point penalty has been heard by an independent tribunal and the club's joint administrators announced on Friday that judgement has been reserved. 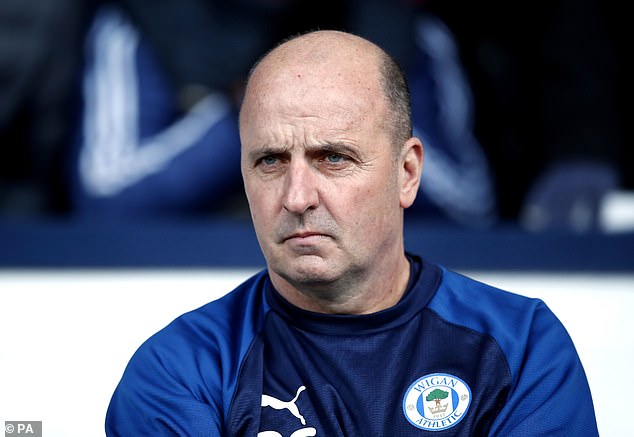 'It is with a heavy heart that I have decided to leave Wigan Athletic,' Cook said in a message to the club's players, staff and supporters.

'I would like to thank David Sharpe, the Whelan family and Jonathan Jackson for giving me the opportunity to manage such a great club three years ago.

'I have been immensely proud to have continued my long affiliation with Wigan Athletic over the past three years and I have worked hard to represent the club to the best of my ability, to develop individuals and also create a team and a work ethic which the town can be proud of.

'I have enjoyed some amazing moments with you during that time that will live long in the memory. 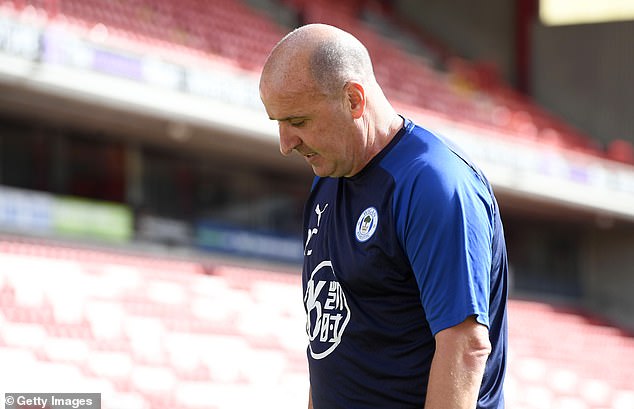 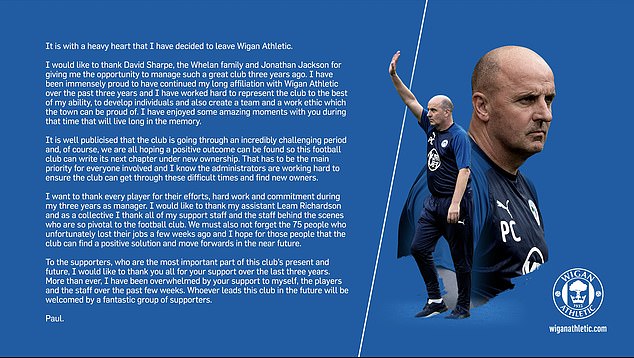 The Latics shared Cook's statement on Saturday, in which he said he has a 'heavy heart'

'It is well publicised that the club is going through an incredibly challenging period and, of course, we are all hoping a positive outcome can be found so this football club can write its next chapter under new ownership.