'What kind of rule is that... it was never a red card': Frank Lampard lashes out at VAR AGAIN after Chelsea star Mateo Kovacic was controversially shown second yellow card in FA Cup final defeat to Arsenal

Chelsea boss Frank Lampard has once again aired his frustration with VAR after Mateo Kovacic was controversially dismissed in the FA Cup final against Arsenal.

The 26-year-old received his second booking under the Wembley arch after challenging Granit Xhaka - but replays promptly revealed that there was barely contact made on his opponent. 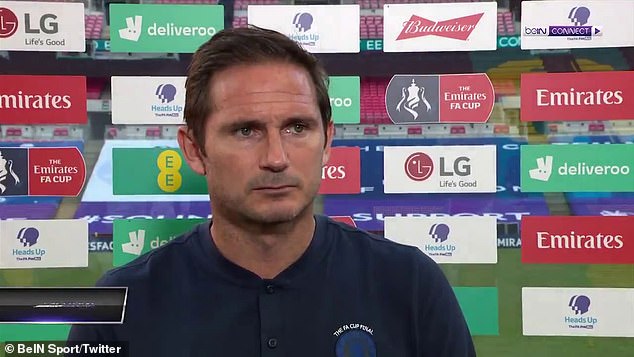 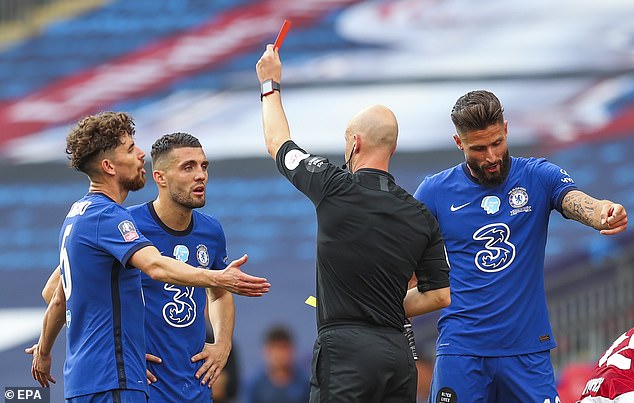 Chelsea got off to the perfect start in the all-London showdown through Christian Pulisic's audacious lob, but Arsenal hauled themselves back into the encounter after Pierre-Emerick Aubameyang fired home from the penalty spot.

It was then that the momentum shifted in favour of Mikel Arteta's Europa League chasers. Kovacic had rightly been booked in the first half, but was left to trudge off the field at the empty ground on 73 minutes after a glaring mistake from the officials.

Aubameyang had netted his second goal to edge Arsenal into the lead, and Chelsea

PREV sport news Juventus 1-3 Roma: Serie A champions lift the trophy despite home defeat
NEXT Wanderers attacker 'not in a good place' after head clash in win over Phoenix