'Perhaps the crucial call will come today... maybe not at all': Bayer Leverkusen boss Peter Bosz teases an announcement over Chelsea target Kai Havertz's future with the £80m-rated man a target for Frank Lampard Chelsea have identified Kai Havertz as a major summer transfer target The Bayer Leverkusen star has already decided where he wants to play next term Manager Peter Bosz teased an announcement could come any day now

Bayer Leverkusen boss Peter Bosz has hinted that Kai Havertz's proposed move to Chelsea could happen at any time as the Blues hope to wrap up a deal for the midfielder.

The 21-year-old has been heavily linked with a move to Stamford Bridge following an excellent season at the Bundesliga outfit, which has seen his valuation shoot up to around £80million.

Bosz admits that he already knows where the Germany star wishes to play next season, hinting that a move to Stamford Bridge could come sooner rather than later. 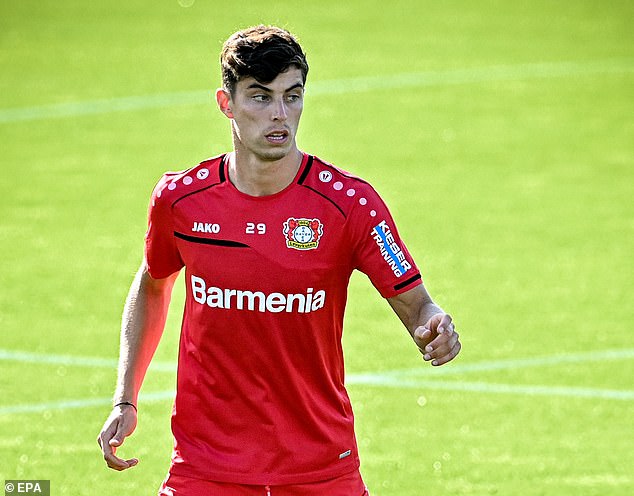 Kai Havertz has been heavily linked with a move to Chelsea