Chelsea fans left fuming over 'blatant handball' in FA Cup final as Arsenal keeper Emiliano Martinez appeared to handle outside his area... despite VAR confirming ball was on the line Arsenal keeper Emiliano Martinez appeared to handle the ball outside his area Chelsea fans were left fuming when no decision was given in their favour VAR examined and saw Martinez came out the area but the ball stayed inside Arsenal went on to win the tie 2-1 and claim FA Cup glory for a historic 14th time

Chelsea fans were left fuming during Saturday's FA Cup final, after Arsenal goalkeeper Emiliano Martinez appeared to lose all sense of his surroundings and handle the ball outside the area.

As time was about to tick into the 80th minute, a long ball over the top saw Arsenal's Argentine stopper rushing out from his line.

The Gunners were holding a 2-1 lead when Martinez made contact with the ball using his hands, causing immediate uproar due to the majority of his body being visibly outside of his area. 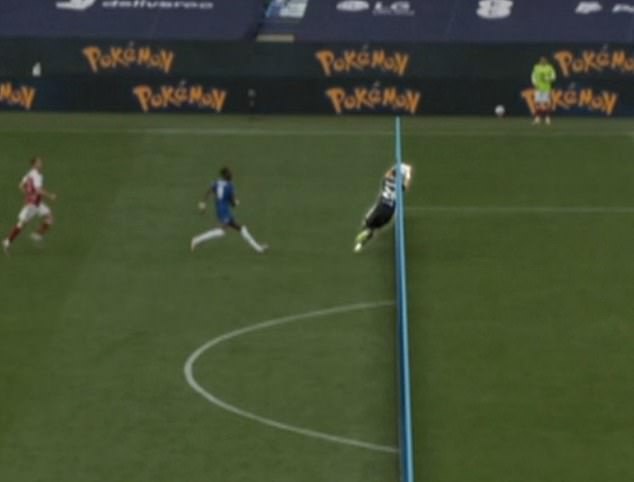 VAR observed that Emiliano Martinez handled the ball in the area, but uproar soon followed

On the touchline Chelsea boss Frank Lampard and his staff were up in arms, while Blues fans around the world vented their anger on social media.

The situation was made worse by a lack of replay opportunities allowed by the broadcasters in the immediate aftermath, as play continued at Wembley.

Fans therefore were left to stew on the mystery and became increasingly irate as a result,

PREV sport news Bayer Leverkusen boss Peter Bosz teases an announcement over Chelsea target Kai ...
NEXT Wanderers attacker 'not in a good place' after head clash in win over Phoenix