'We did not ram home our control... we got sloppy': Frank Lampard admits his young Chelsea side were simply not good enough after Arsenal came from behind to take FA Cup glory

A Chelsea win in the first ever behind closed doors final would have ended a remarkable first season in charge for Lampard following his side's top our finish against the odds.

But, just like in 2017 against Arsenal, they failed as favourites and Chelsea boss Lampard was left to rue a below par performance. 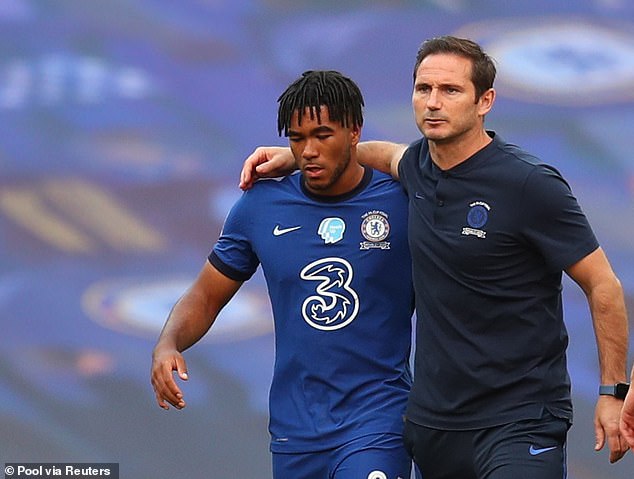 Asked to pinpoint the reasons he said: 'We did not play well enough.

'We had a great start and had control of the game but at that point we started to get sloppy and not take that control and continue to move the ball quickly. We did not ram home our control, got slower not moving it so well and winning it back so quickly.

'That changed the tone of the game and it was very hard to get it back after that.

'But we did start the second half brighter. And if Christian goes through and scores instead of pulling his hamstring then... There were certainly circumstances in the game that conspired against us.

PREV sport news Chelsea fans left fuming over Emiliano Martinez 'blatant handball' in FA Cup ...
NEXT Wanderers attacker 'not in a good place' after head clash in win over Phoenix