Spa waters, tea at Bettys and strolls in the Yorkshire Dales. Harrogate has just become League Two’s family-friendly weekend away of choice when fans return to football grounds.

The town’s football club are in the Football League for the first time in their history - the 144th different club to play there since it started in 1888 - and they achieved it at the expense of one of its founder members.

There was no immediate redemption for Notts County, who painfully lost their League status for the first time amid financial chaos last year. Another year touring the National League awaits them and it will hurt. 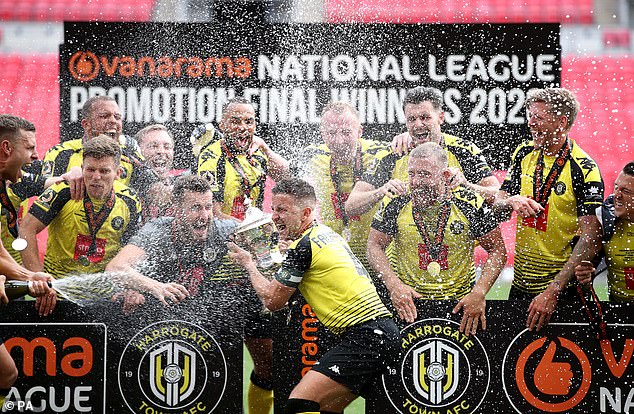 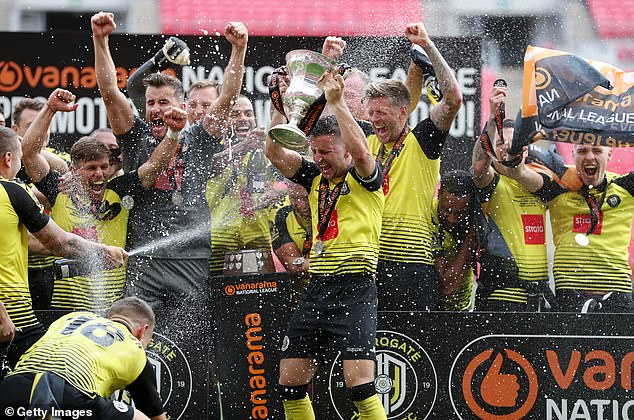 But County could have no complaints. Harrogate glimpsed their chance to make history, went out and seized it at an eerily-empty Wembley.

An FA Cup final without a crowd is one thing - Arsenal and Chelsea will be back again soon enough - but for clubs at this level, it feels as though a truly special occasion has been robbed from them.

Town, on their first-ever visit to the national stadium, felt no trepidation. Goals by George Thomson, Connor Hall and Jack Diamond saw Harrogate spring into the fourth tier and deservedly so.

They dominated the first-half but scored only twice and it looked like they may regret that when Callum Roberts replied for County just after half-time. But Harrogate redoubled their efforts and Diamond made sure.

Now the hard work begins for owner Irving Weaver, who made his fortune in property, and his son, the manager Simon Weaver. The League Two season begins in just six weeks.

Most pressing will be ripping up the artificial pitch at their Wetherby Road ground and seeding a grass one. EFL rules prohibit the 4G surfaces. There’s little time to reinforce the squad for League Two either.

Unhappy when the curtailment of the National League season saw Barrow promoted automatically - Harrogate believed they could have made up the four points they trailed the Cumbrians - the dream has come true through the play-offs instead.

Harrogate had finished second in the National League standings, a place ahead of Notts County. The gap between them was only three points or, in this Covid world of mathematical averages, 0.12 of a point.

It suggested a nip and tuck game with little between the sides. The first-half, however, proved anything but. Harrogate completely dominated, scored twice and should have had at least one more. 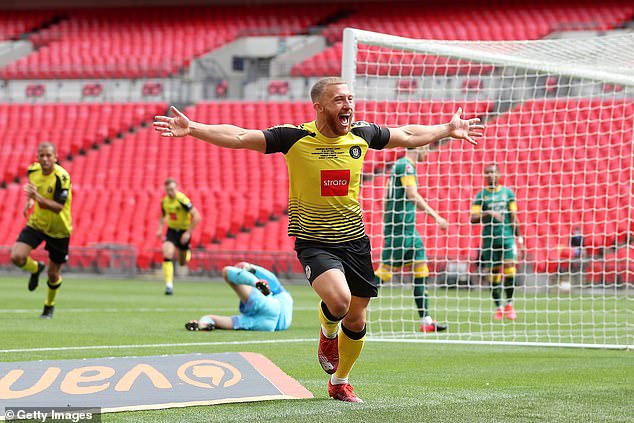 PREV sport news 'I want to follow his steps': Ferran Torres says former United star Cristiano ...
NEXT Wanderers attacker 'not in a good place' after head clash in win over Phoenix