'He's essential for the future of the club - he is not for sale': Barcelona president Josep Bartomeu hopes to keep Ansu Fati at the Nou Camp 'for life' despite transfer speculation

Barcelona president Josep Maria Bartomeu has revealed he wants to keep Ansu Fati at the club 'for life', despite speculation linking the winger with a move away from the Nou Camp.

The 17-year-old academy product scored eight goals in 32 appearances during his breakthrough season, winning admirers in the Premier League.

Fati was reortedly the subject of an £88million bid this term, but Bartomeu insists he has not been involved in formal negotiations with any other club, and he plans to offer the player a new contract. 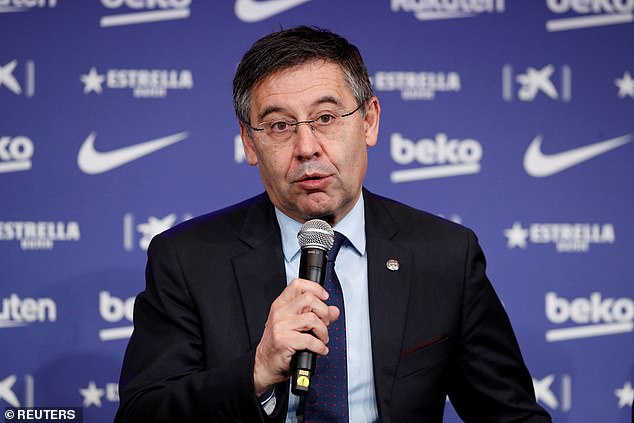 'There have been no formal offers but there has been interest from some clubs,' Bartomeu told Sport. 'Barcelona's answer has been: "No."'

'He's essential for the future of the club. Ansu is not for sale. He represents the academy the players come out of, learn from and consolidate themselves in the first team.

'He's unique because he jumped from the youth team to the first team. There are not many players like him and Barcelona cannot sell him,

PREV Fulham back in Premier League after extra-time playoff win
NEXT sport news 'Time to burst out of the blocks': Joe Root says England can't make a slow ...