For some young players, they get their chance and hit the ground running. For others, it takes time to show off their full potential.

That is certainly true of Sassuolo winger Jeremie Boga.

Still only 23, Boga is thriving in the Emilia-Romagna region under coach Roberto De Zerbi to the extent that he is set to spark a bidding frenzy for his signature this summer. 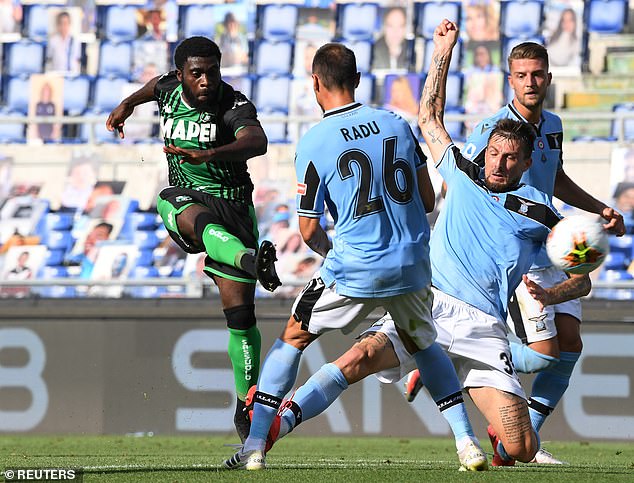 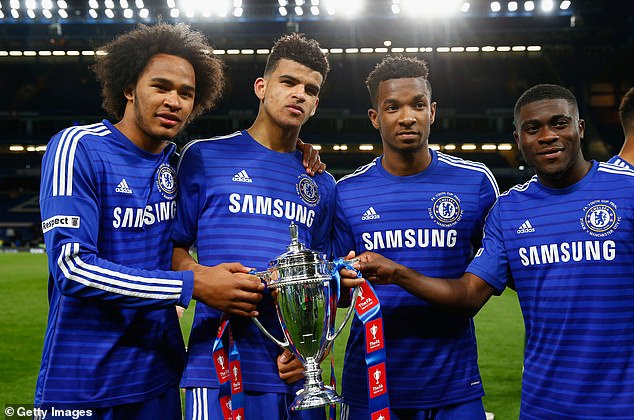 The question many, particularly in England, will ask is how Boga went from being allowed to leave Chelsea, having a hit and miss loan spell at Birmingham to becoming one of the most watchable and exciting attackers in Italy.

Sportsmail looks at the Ivorian's rise and why a player of his directness and his skill-set is as in demand as ever now the transfer window is open for business.

Who is Jeremie Boga?

Boga grew up in Marseille and with the rich history of producing top players in the city, he never lost hope of making the grade as a professional.

He is incredibly family and friend-orientated. His brother Daniel represents him as his agent while his media adviser has been known to him since school days in France.

Boga's dad was already working in London when in 2008, at the age of 11, he joined Chelsea's academy. 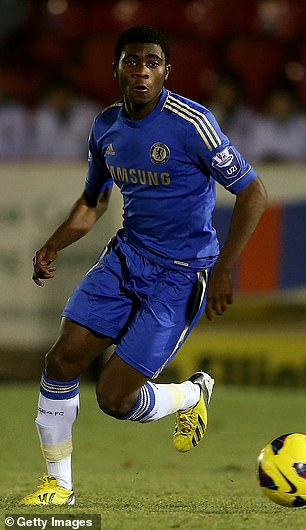 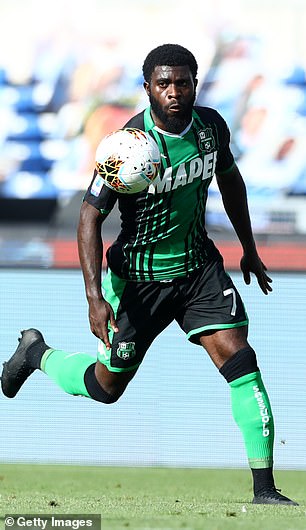 The 23-year-old never got swallowed by arriving at a Premier League academy and continued to impress in a Chelsea youth team including Ola Aina, Ruben Loftus-Cheek, Fikayo Tomori and Tammy Abraham.

'I think our generation was one of the best Chelsea ever had,' he told the Athletic.

Three of those have since made the grade under Frank Lampard in the Chelsea first team while Aina is also thriving out in Serie A, with Torino. But with the Blues inserting a buy-back option into his Sassuolo deal, things have the potential to go full circle.

How does he play?

The one bit of advice defenders will be given in film sessions before they play Sassuolo, and face Boga, is now to become isolated one-on-one.

Don't let him cut inside onto his right foot will be the next instruction.

Both, however, are far easier said than done.

De Zerbi sticks to a free-flowing 4-2-3-1 with Boga pushed out to the left in the three midfielders providing ammunition behind the lone striker.

It is clear that regular game-time has aided Boga immensely.

He was picked up by Harry Redknapp for a loan spell at Birmingham before departing for Italy but never quite unlocked his own potential in what was an up-and-down campaign in his own words.

PREV sport news Mikel Arteta must splash the cash and convince Pierre-Emerick Aubameyang they ...
NEXT Wanderers attacker 'not in a good place' after head clash in win over Phoenix