'I didn't run for 13 days... I shouldn't be on the pitch': Aleksandar Mitrovic says he was only half-fit with 'hamstring still hurting' when he came off the bench to help Fulham to Premier League promotion with win against Brentford Fulham beat Brentford 2-1 in the Championship play-off final at Wembley Joe Bryan scored twice in extra-time to give the Cottagers a pivotal victory The Whites' injured striker Aleksandar Mitrovic started the game from the bench Mitrovic claimed he could not run for two weeks before the final but still played

Fulham striker Aleksandar Mitrovic admitted he has not been able to run for nearly two weeks but still helped his side to Premier League promotion in the play-off final.

Mitrovic's side beat west London rivals Brentford 2-1 at Wembley, with both of Fulham's goals coming when the Serbian forward was on the field.

The half-fit 25-year-old missed both legs of the play-off semi-final with a hamstring injury and started the final from the bench but came on in the second-half to help his team to victory. 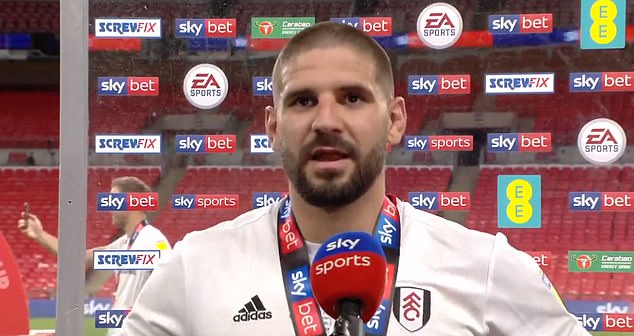 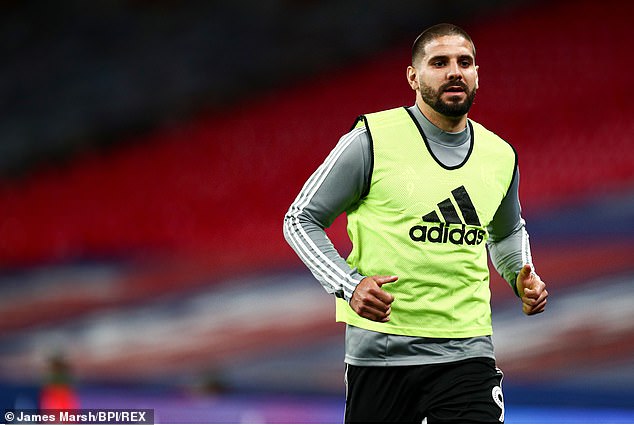 Speaking about his injury to Sky Sports after the game, Mitrovic said: 'It was really hard to be honest, I should not even be on the pitch.

'I'm probably half way through my recovery and my hamstring's still hurting. But we made the decision and sometimes in life you have to take a risk.

'I'm really happy we took this risk and I'm happy for team and the manager. I think we deserved this.'

The Serbian has been one of Fulham's key players this season, scoring 26 goals in their bid to promotion. 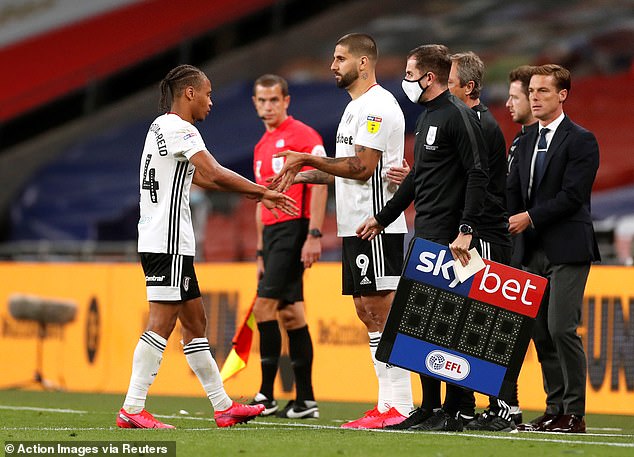