'That's not the reason we dropped two points today': Neil Lennon refuses to put any blame on Christopher Jullien after defender gave away penalty to cost his side against Kilmarnock Celtic handed their rivals an early advantage in the title race as they drew 1-1  Ryan Christie put Neil Lennon's side in front with a stunning free-kick on Sunday  Chris Burke put the hosts Kilmarnock level from the penalty spot at Rugby Park

Admitting the £7million signing looked 'rusty' against Killie's man of the match Nicke Kabamba, the Parkhead boss believes a 1-1 draw after a poor display could still turn out to be a valuable point in the quest for ten-in-a-row.

Confirming plans to step up his transfer activity this week, central defence was flagged up as a growing area of concern after Jullien gifted Alex Dyer's side a penalty just 13 minutes after a Ryan Christie free-kick had placed Celtic in the driving seat. 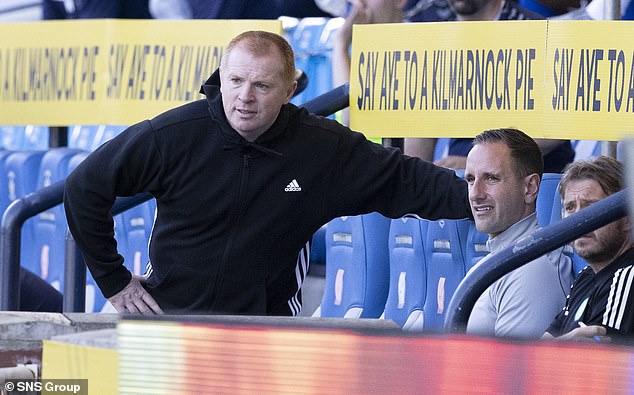 'I think he's rusty,' said the Celtic boss. 'He's a slow burner, he was the same this time last year.

'The more games he gets, the better he will become. He's disappointed but that's not the reason we dropped two points today.

'We weren't good enough in the final third at times with all the play we had. I'm frustrated. We got off to a good start and then gave away a poor goal from our point of view.

'Then we dominated the second half but didn't find the answer.

'We knew Kilmarnock would do very well here, defend with a low block and two banks of four. Our final ball wasn't good today and that's something we need to work on.'

Seven days after thumping Hamilton 5-1 at home Celtic struggled to create chances against a disciplined and rugged home side who fully deserved their point. 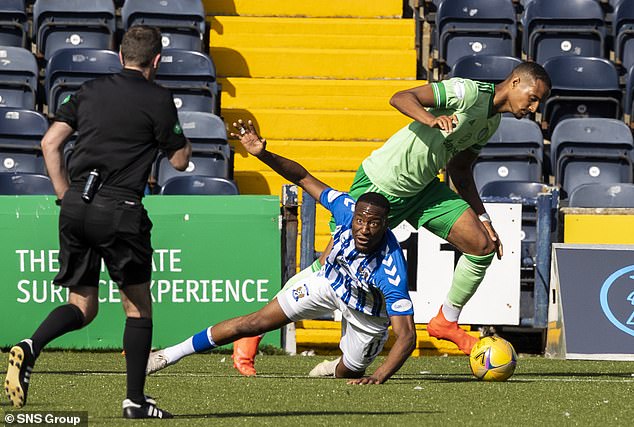