Silverstone Race Zone: Mercedes feel the heat with their tyre issues though Lewis Hamilton still hits new records but Sebastian Vettel's final year at Ferrari is turning into a horror show Max Verstappen took his first win of the season at F1's 70th Anniversary GP It ended what was an unbeaten run for the Mercedes team so far this season  With his team-mate in 4th, Sebastian Vettel had another horrible race weekend  Lewis Hamilton though second still tried to take Verstappen's winner trophy

By Dan Ripley for the Daily Mail

His Red Bull team produced a masterclass strategy to start on the hard compound tyres, while Mercedes were left pondering why the blistering on their tyres were so much worse than their rivals.

Here, Sportsmail's Dan Ripley takes you through some things you may have missed during Sunday's race. 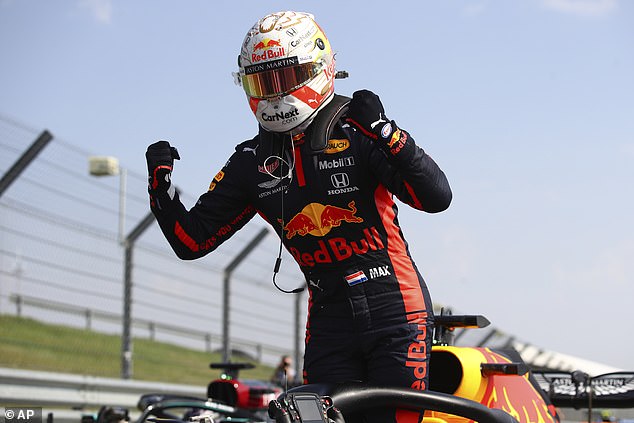 In past years when F1 was running regular processions, the ideas muted to make it more exciting were to shower the circuit with on-track sprinklers to mix up the order with a wet race.

It seems only fitting that in the crazy world of 2020 that the answer to spicing up the drama is to pound the track with intense sunshine to harm the otherwise dominant Mercedes. At the very least, teams have now found the Silver Arrows' kryptonite following their blistered tyre struggles in the Silverstone heat. 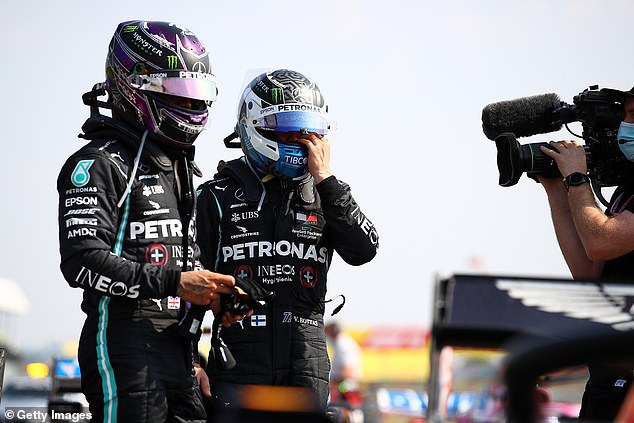 With no spectators, F1 brought the stands to the fans by using the Silverstone big screens as ways to show supporters watching around the world.

One Lando Norris fan ensured his screen time would not go to waste, as with the words 'Go Norris' on the screen he proceeded to pour jugs of milk over his face in a bizarre, yet amusing, show of support. 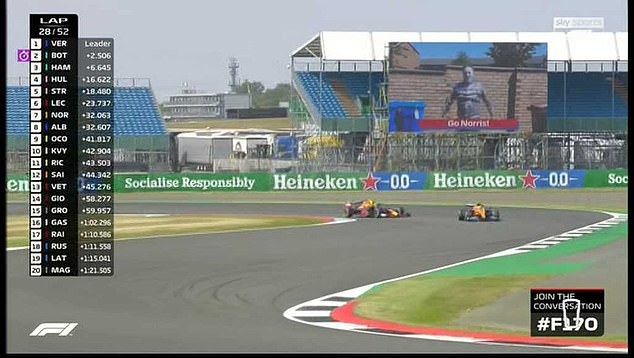