Wilfried Zaha to Arsenal? Crystal Palace star parties in nightclub with message calling him to join Mikel Arteta's side... but forward says it was a joke as his friend says it was 'banter' Wilfried Zaha was keen on joining Arsenal before they signed Nicholas Pepe  A social media video shows that he might still be keen on joining the Gunners The Crystal Palace winger was at a club in front of a sign saying 'Zaha to Arsenal' Zaha has publicly distanced himself from the message shown in the video

Wilfried Zaha has distanced himself from a social media video in which the Crystal Palace star can be seen pointing at a 'Zaha to Arsenal' sign in a nightclub.

The Ivory Coast international was desperate to join the Gunners last summer but the club opted for Lille winger Nicholas Pepe after a deal could not be reached with the Crystal Palace winger.

But in footage uploaded to social media, it looks as though Zaha is still keen on joining his boyhood club. 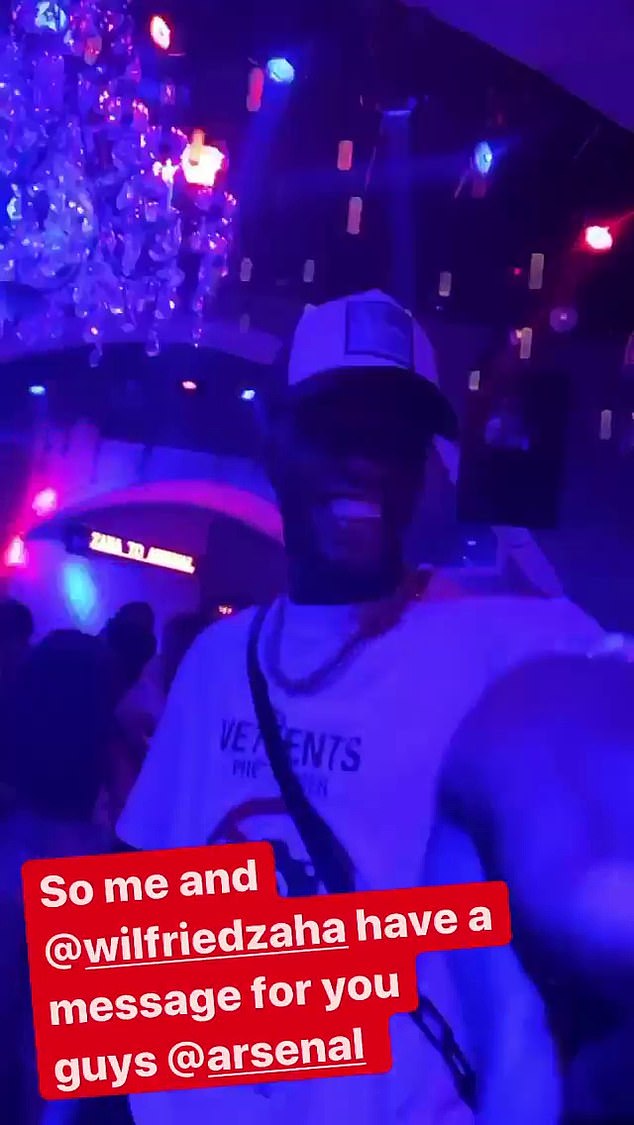 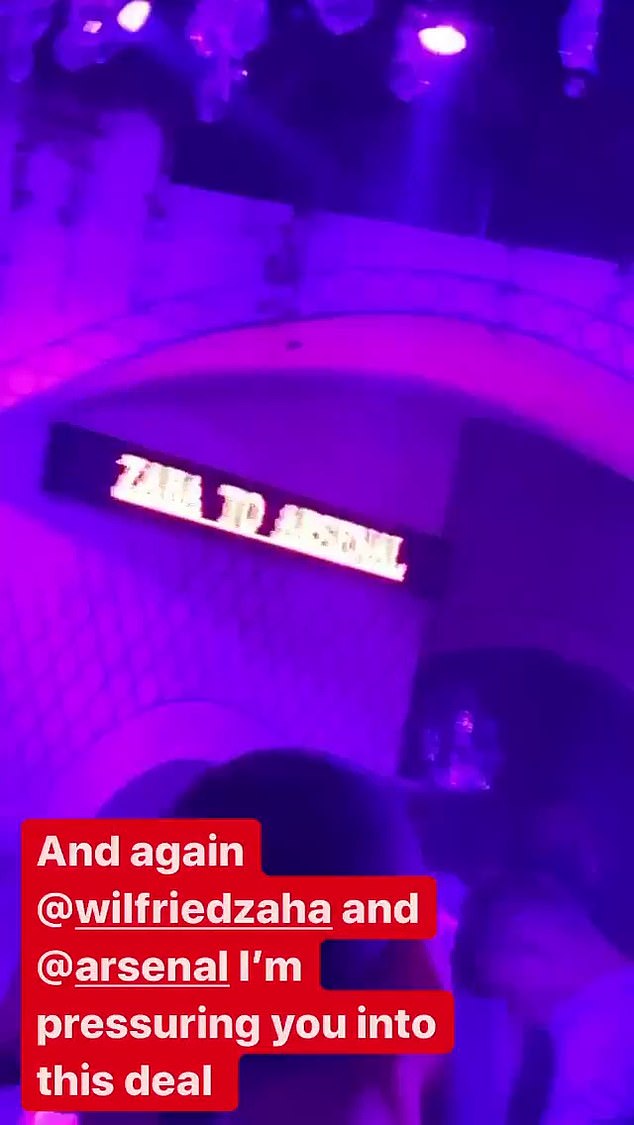 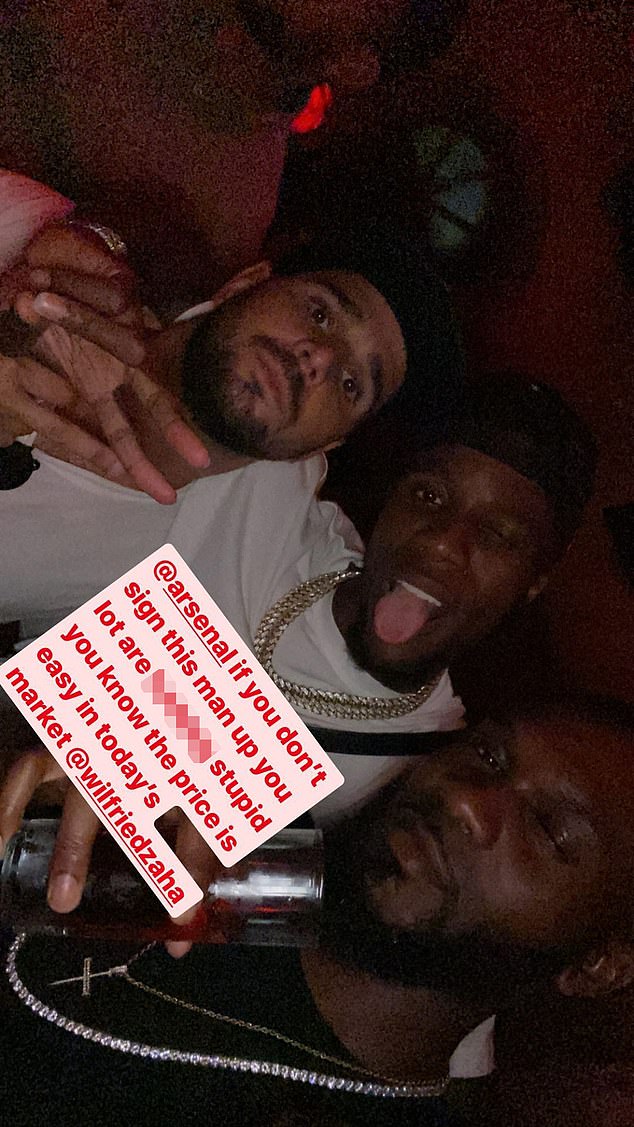 In the footage which was first uploaded on Instagram, the 27-year-old is dancing in a nightclub and points at a neon sign on the wall which says 'Zaha to Arsenal'.

The video also had the caption: 'So me and @wilfriedzaha have a message for you guys @arsenal.'

That was followed up by another story in which he posts: '@arsenal if you don't sign this man up you lot are f*****g stupid you know the price is easy in today's market'. 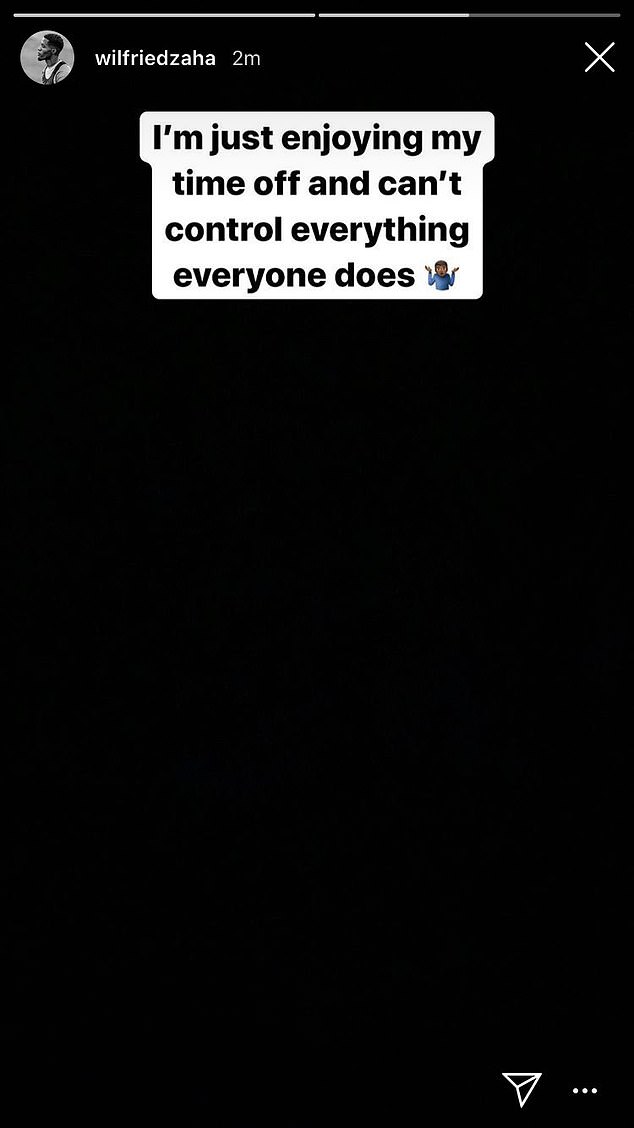