Mount, Pulisic... and Tom Carlton! Third kid in Chelsea Twitter academy snap from 2010 is now a window fitter playing in the eighth tier of English football - and admits it's tough watching his old pals on TV Chelsea posted the picture from 2010 on their Twitter account earlier this week It showed three academy players posing for a snap following a training session Christian Pulisic was on a five-day trial with the club at their Cobham base Mason Mount worked through the club's academy ranks to crack the first team The third player in the picture is Tom Carlton, who now plays in non-league Released by Chelsea aged 14, Carlton now plays for Kent-based Herne Bay

When Chelsea's official Twitter account posted a throwback snap of three academy kids the other day, two were instantly recognisable.

The facial features of Christian Pulisic haven't altered a great deal in the decade since the picture was taken and next to him was a young, floppy-haired Mason Mount with a cheeky grin on his face.

The lad on the right, ginger-haired with a bottle of Lucozade tucked under his arm, wasn't identified by Chelsea's tweet and led some of the account's 14.7million followers to ask who he was. 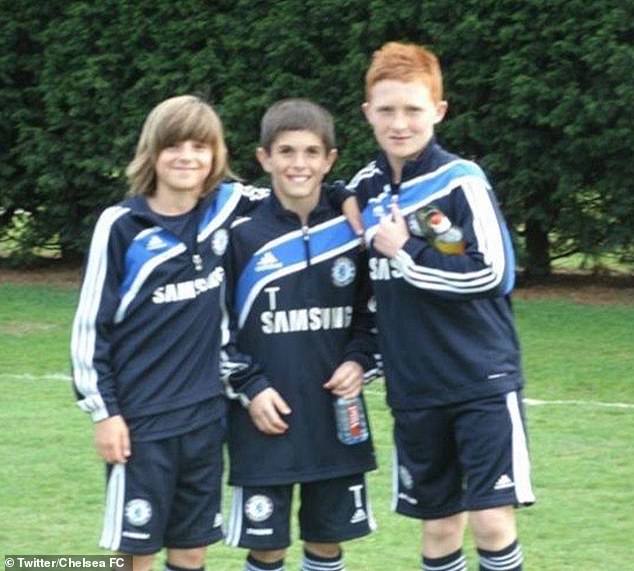 Chelsea tweeted out this snap from one of their academy teams from 2010. Mason Mount (left) and Christian Pulisic (middle) can be identified but the lad on the right is Tom Carlton 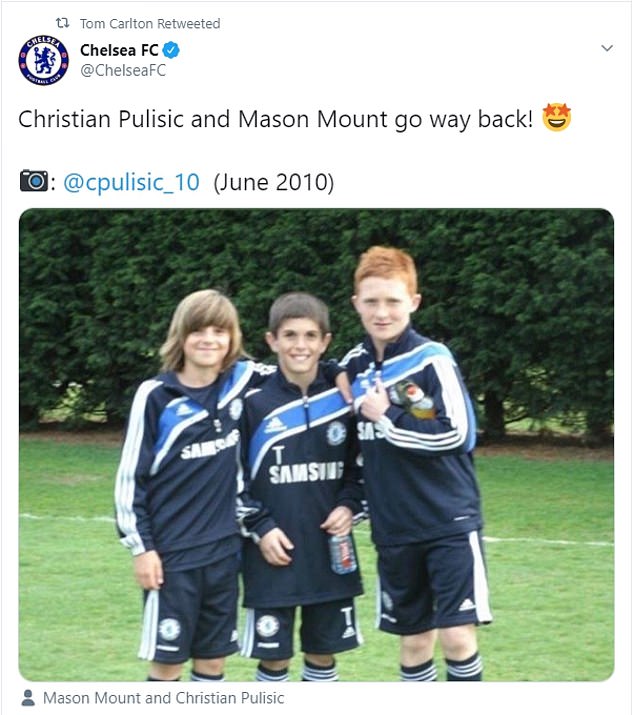 Chelsea's Twitter followers asked who the third player was and others identified him as Carlton, who played in their academy sides alongside Mount and also Declan Rice

It turns out he is Tom Carlton. And while Mount and Pulisic are now high-profile players in Chelsea's first team and household names around the world, Carlton is a part-time player for Kent-based Herne Bay, of the Isthmian League South East Division - the eighth level of English football.

He recalled to The Athletic that American Pulisic, then 11, was on a five-day trial at Chelsea's Cobham base during the summer of 2010, playing with the club's under-12 side.

'You can see he's

PREV sport news World No 1 Djokovic strolls into third round at the French Open but Shapovalov ...
NEXT sport news Trent Alexander-Arnold and Virgil van Dijk offer Neco Williams their total ...

Brexit punishment: EU will not make major compromise in trade talks with UK

Sturgeon breaks silence in furious outburst at SNP MP with Covid-19 who broke ...