Half of Wasps' players were too crocked to celebrate but they could not care less. Chaos reigned as they lost four players to injury inside 34 minutes - leaving them with no lineout thrower and uncontested scrums - but they fought back for a famous victory.

Talisman Thomas Young was the first man down inside 60 seconds, before Lima Sopoaga, Tommy Taylor and Gabriel Oghre quickly joined him in the medical room. The win helped Wasps leapfrog Bath into fourth, although their scouts were on Monday night left looking for emergency cover for their play-off push.

This was a victory built on the breakdown class of Jack Willis, combined with Wasps' ability to adapt in the unstructured conditions. Their low-profile coaching team are among the league's freshest faces, but they delivered a masterclass in madness management. 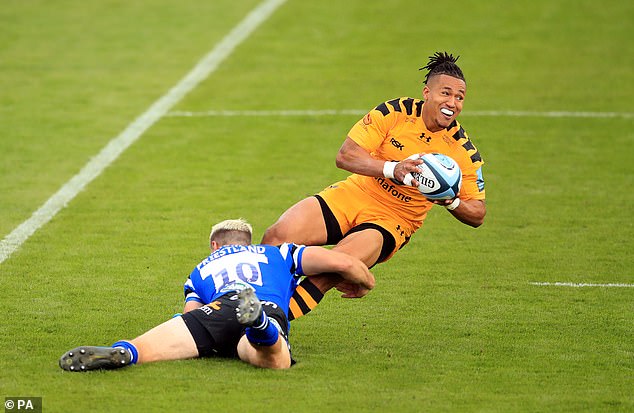 Sara Cox made history at Bath by becoming the first female assistant referee in a Premiership match.

It is the latest landmark for the 30-year-old, who officiated at both the 2014 and 2017 Women's Rugby World Cups, became the first centrally contracted female referee with the RFU in 2016 and went on to take charge of a Premiership Rugby Cup clash in 2018, 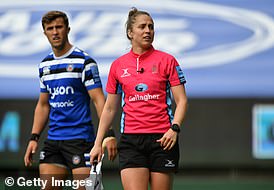 Bath led for large parts of the game yet Wasps somehow stayed in the fight. They trailed until the 76th minute, when Simon McIntyre threw an attacking lineout. He was their fourth player to do so - after Taylor, Oghre and Dan Robson - but his limp throw hit Brad Shields and the pack drew out a match-winning penalty try.

'That was pure dog… pure fight,' said Wasps coach Lee Blackett. 'It doesn't always take talent but it takes a