'Everything went well with Timo Werner... and I hope it works again now': Antonio Rudiger looking to repeat his 'agent' role to bring Kai Havertz to Chelsea Antonio Rudiger revealed how he helped convince Timo Werner to join Chelsea Now the Chelsea defender is looking to get Kai Havertz to Stamford Bridge Chelsea are close to sealing a deal for Havertz that would rise as high as £90m Rudiger, Werner and Havertz are all on Germany duty together this week

Germany midfielder Havertz is understood to be on the brink of trading Bayern Leverkusen for Stamford Bridge in a deal that could rise as high as £90million.

The Blues' Germany defender Rudiger revealed earlier this summer how he had helped convince Timo Werner to make the west London switch from RB Leipzig. 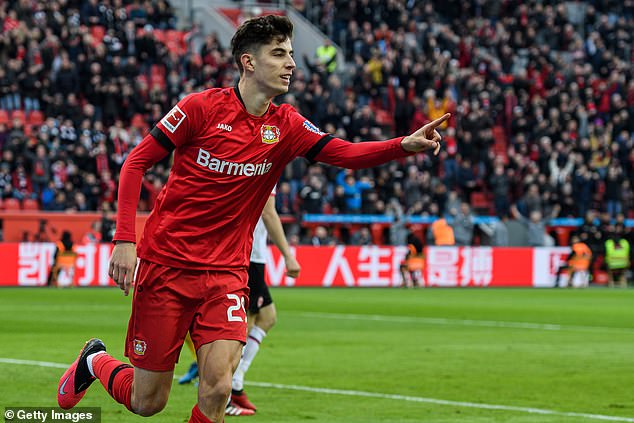 And now the popular Chelsea figure has admitted returning to his 'agent Rudiger' role in a bid to help the Blues seal the deal for highly-rated forward Havertz.

When asked whether he would have any influence over the Havertz situation, Rudiger said: 'Everything went well with Timo Werner, so I made my contribution.

'And I hope that it works again now.'

Rudiger's close friendship with Werner paid big dividend for Chelsea, as the Blues