Magpies captain Jamaal Lascelles and home midfielder Lewis Wing were both sent off in the match following an off-the-ball altercation - sources described it as a 'grappling match' - but they will avoid a suspension in the regular season, instead missing Monday’s rematch between the teams on Tyneside.

Newcastle’s pre-season is turning into a nightmare for the head coach with serious injuries to goalkeeper Martin Dubravka and striker Dwight Gayle followed by Tuesday’s heavy loss at Championship side Boro. 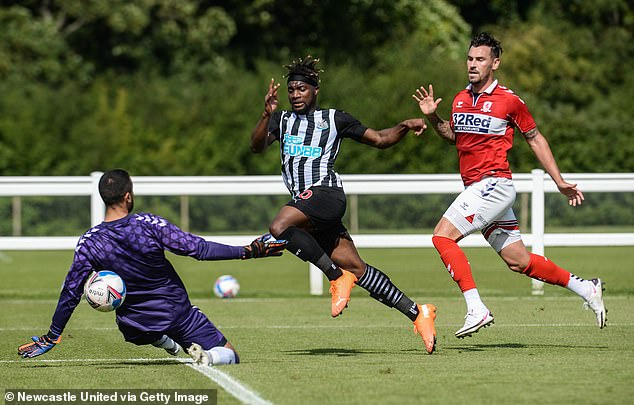 Allan Saint-Maximin was Newcastle's most