Manchester United 'make contact with Thiago Alcantara's advisor' as club look to steal a march on rivals Liverpool for £29m midfielder... despite closing in on £40m deal for Donny van de Beek Thiago Alcantara is preparing to exit Champions League winners Bayern Munich Liverpool have appeared in pole position to get him but are yet to make an offer Reports in Germany say Manchester United have contacted the player's advisor

Manchester United have reportedly made contact with Thiago Alcantara's advisor as they look to beat Liverpool to the signing of the Bayern Munich midfielder.

German outlet Bild report that while United have not made an offer for the Spaniard, there has been contact between the club and the player's representatives.

Liverpool have been viewed as favourites to land the 29-year-old after he told Bayern he would be leaving the club following their Champions League success in Lisbon last month. 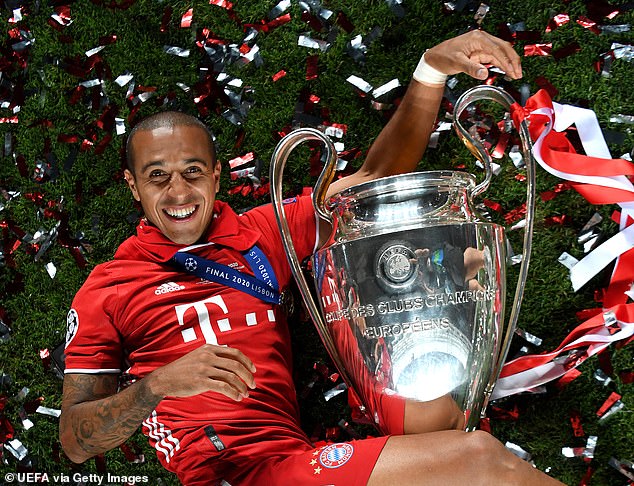 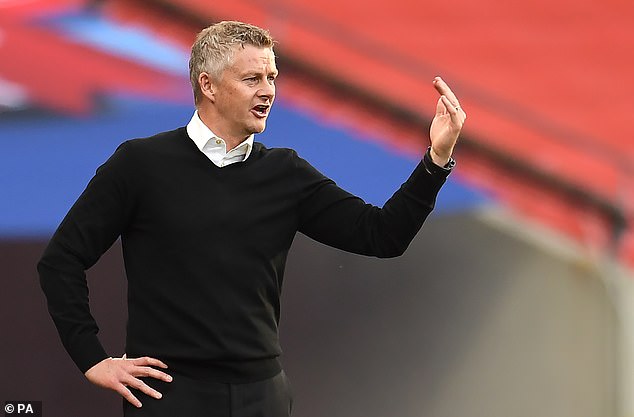 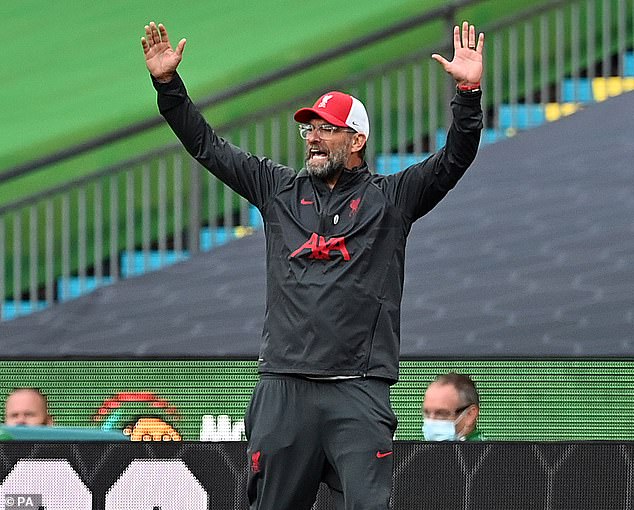 But United, despite the imminent £40million arrival of Dutchman Donny van de Beek, have been credited with an interest in the former Barcelona man.

Bayern have set a £29m price tag on Thiago, a figure Liverpool or United are yet to meet, but the German and European champions accept the player wants to depart for a new challenge.

Thiago is out of