Barcelona want Lionel Messi to still be part of the club after he retires - even if he forces departure this summer, reveals Barcelona presidential candidate Victor Font: 'We have a plan, the club would like to count on him'

Barcelona will welcome wantaway star Lionel Messi back to the Nou Camp in some capacity even if he forces a move away this summer, according to Barcelona presidential candidate Victor Font.

The Argentine star's future is up in the air after he told the club, via fax, he wanted to the leave.

Messi's father Jorge arrived in Barcelona on Wednesday to gain clarity on the future of his son, having showdown talks with club president Josep Bartomeu. 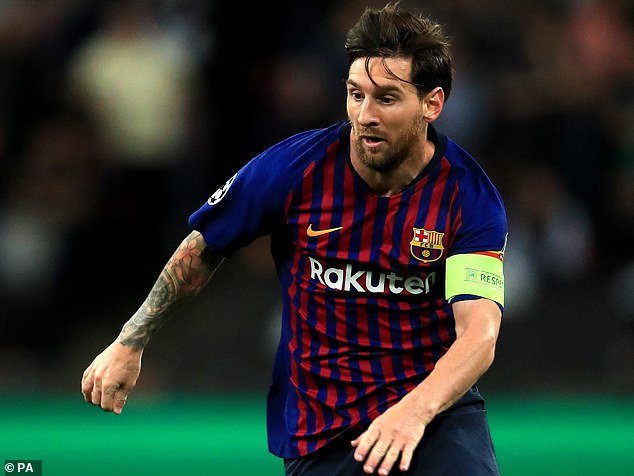 Font, a presidential candidate to replace Bartomeu at the elections in March, has given his take on Messi's future, stating that the LaLiga side are still holding out hope.

'I'm truly hoping reason prevails and as soon as the club and Messi's father sit down and talk, that the interest of both Messi and Barca will be taken into account and properly protected,' he told

"What we need to ensure is that even if he leaves, these ties prevail."