'I watched Andy as a fan... now I play him!': Felix Auger-Aliassime relishing facing Murray nine years after the former world No 1 left a lasting impression on him at the US Open Andy Murray will take on Felix Auger-Aliassime in the US Open second round  In 2011, the Canadian watched Murray in action from the stands at the US Open  Now he is preparing to battle with the former world No 1 for a third round spot Murray stunned on his Grand Slam return after beating Yoshihito Nishioka

As an 11-year-old already deep into his tennis development, Felix Auger-Aliassime was taken on a trip from his home in Quebec City to sample the US Open.

As luck would have it, the night session he got to experience back in 2011 featured Andy Murray, 12 months before he would win the singles event.

Murray was heavily freighted then with the expectation that he would become a Grand Slam champion, which is not entirely different for the 20-year-old Canadian, who sits at No 21 in the rankings. 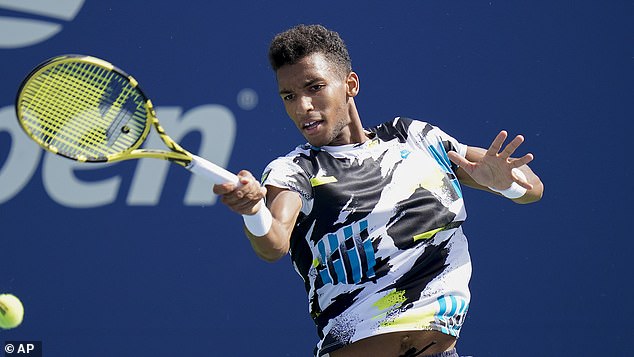 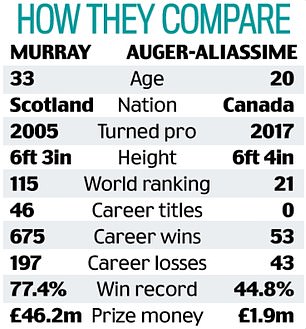 Many judges believe that, when they meet in the second round, we will be seeing a past World No 1 up against one of the future.

Much will depend on how Murray can physically rebound from the sapping four hours and 40 minutes it took to come back and defeat Japan's Yoshihito Nishioka, a huge test of the medical technology that is holding his hip together.

Another factor will be how the younger player can get his head round facing someone who left a lasting impression on him on that evening in New York nine years ago.

'I was just a kid,' recalled Auger-Aliassime. 'We got tickets for Arthur Ashe Stadium and Andy was playing Feliciano Lopez in a night match. I got to see him there in the third round. That was a big memory of mine, I was actually here. 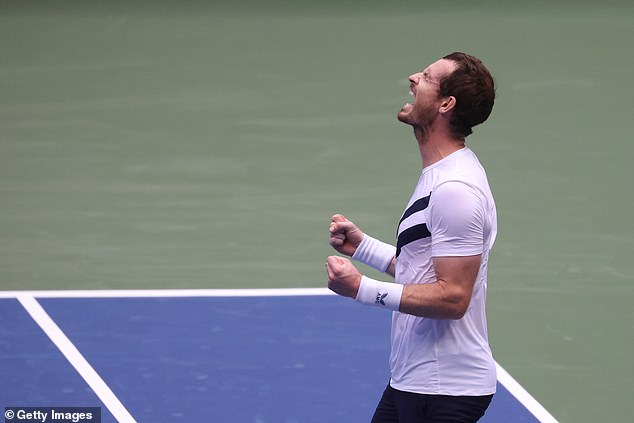