The extra nerves were understandable. Tom Fell had gone an excruciatingly long time without a first-class hundred before breaking his barren spell in this most unusual of English domestic seasons.

No one within the county game would have begrudged the ending of such a sequence for a player who overcame such adversity five years ago to continue in the professional game.

Fell, 26, had not celebrated three figures in 42 appearances between a career-best 171 off Middlesex in the final County Championship match of 2015 — weeks later he was diagnosed with testicular cancer — and the match-shaping innings of 110 not out versus Northamptonshire that maintained Worcestershire’s hopes of becoming Bob Willis Trophy champions this month. 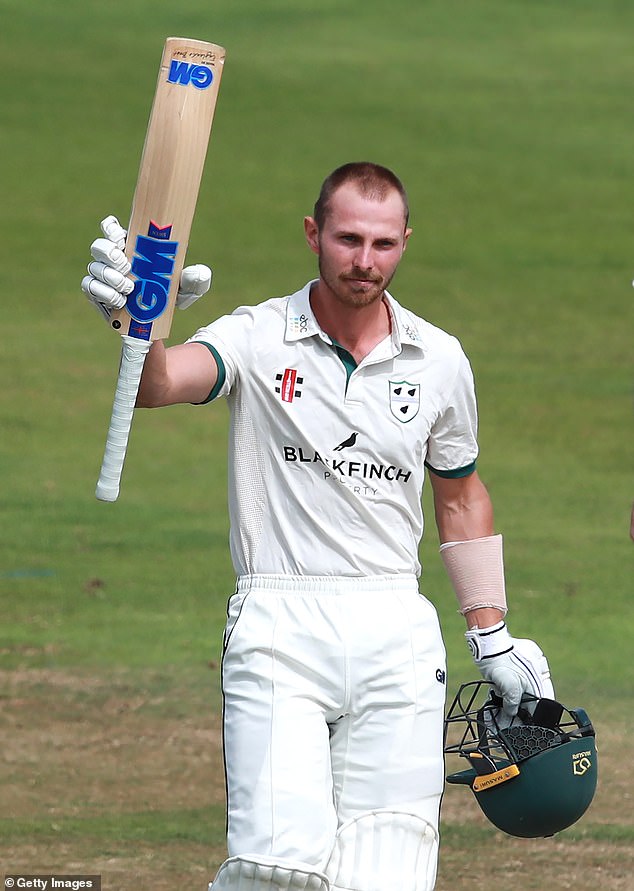 ‘I got a bit choked up and I have never really had that feeling before on a cricket field,’ Fell tells Sportsmail.

‘It was such an emotional experience because it had been that long, it had just built up inside and I could feel myself shaking, probably due to the nerves of being on 99 — there was a lot of stuff going on.

‘Pure emotion came out of me and I just screamed. It was a huge relief. Obviously with it being such a long time, to get one again was just a huge weight off my shoulders and a great feeling.

‘It would be lying to say I hadn’t thought about it over the years. When it was as long as it was it does play on your mind and there is no getting away from that. 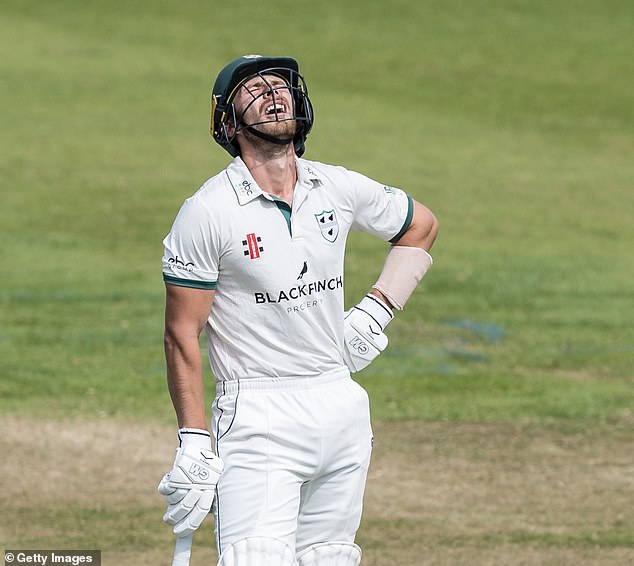 ‘A batsman is judged on scoring hundreds and to get one now is only going to be a good thing for me going forward. In future I hope they come a lot easier.’

Although Fell refers to the tough times of coming back, he is not, as people might assume, talking about the cancer diagnosis or the relapse and chemotherapy that was required just a few months after surgery, but the struggles he experienced rediscovering the kind of touch that had seen him hit 1,084 Division One runs as a 21-year-old in a team who were relegated.

‘On reflection, it was not too bad when I returned because I was just happy to be playing again,’ he says. ‘Naturally, I wasn’t at my