Brit Cameron Norrie will scoop at least £123,000 from the US Open after beating Federico Coria in straight sets to seal spot in the third round - his best result ever at a Grand Slam Cameron Norrie beat Federico Coria in a gruelling battle on Wednesday night The Brit will take on Alejandro Davidovich Fokina in the US Open third round  Norrie is guaranteed £123,000 after achieving his best result at a Grand Slam

Cameron Norrie booked himself a highly lucrative berth in the third round of the US Open on Wednesday night by achieving his best result at a Grand Slam.

The British No 3 is the kind of player who will properly notice the £123,000 prize money that accompanies making the last 32 at a Major, and he now has the chance to go even further.

World No 77 Norrie won a gruelling baseline battle on a deserted outside court when he ousted Argentina's Federico Coria 6-3, 6-4, 6-4. 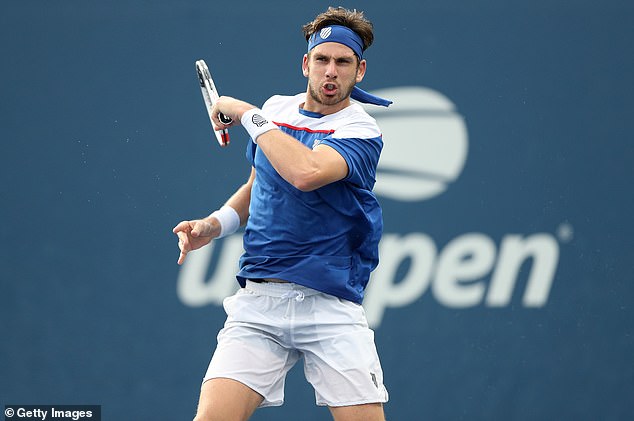 Cameron Norrie achieved his best result at a Grand Slam by