Nash, a 46-year-old Canadian and a member of the Basketball Hall of Fame, had not previously been reported to be among the candidates for the position. His contract is a four-year deal, according to ESPN, but financial details have not been disclosed.

The former Phoenix Suns and Dallas Mavericks star had been working as a senior advisor for the Canadian national team in addition to his player-development consulting role with the Golden State Warriors. Nash retired as a player in 2015 after a brief, injury plagued stint with the Los Angeles Lakers.

'Coaching is something I knew I wanted to pursue when the time was right, and I am humbled to be able to work with the outstanding group of players and staff we have here in Brooklyn,' Nash said in a statement. 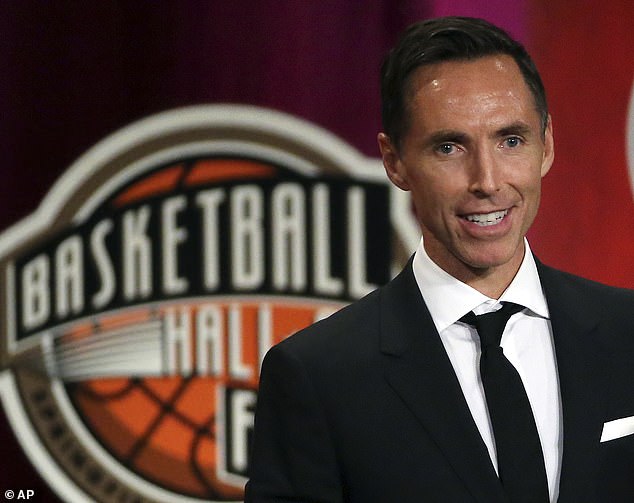 The Brooklyn Nets have named two-time NBA Most Valuable Player Steve Nash as the team's new head coach. In this 2018 picture, Nash is seen during his Hall of Fame induction ceremony 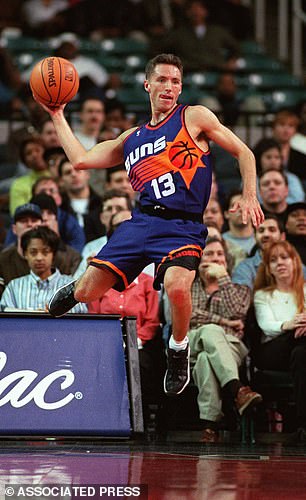 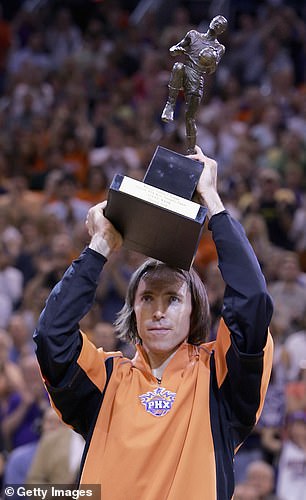 Steve Nash had two separate stints with the Suns: first, as an inexperienced guard buried on the depth chart behind Jason Kidd from 1996 until 1998 (left), and then again from 2004 until 2012, during which time he won two NBA MVP awards (right) 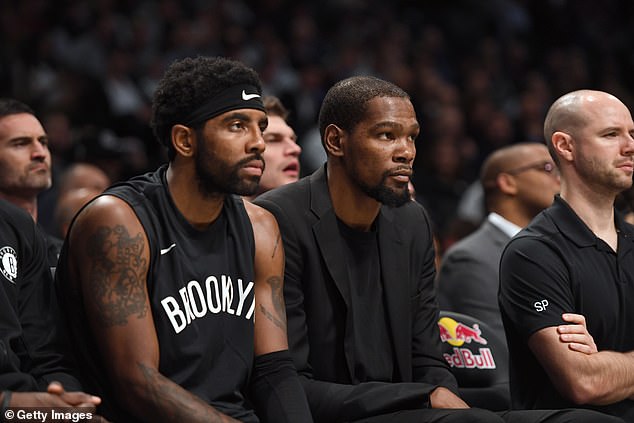 Brooklyn is expected to be better next year with last summer's high-priced free agent acquisitions, Kyrie Irving (left) and Kevin Durant (right), presumably back from injury 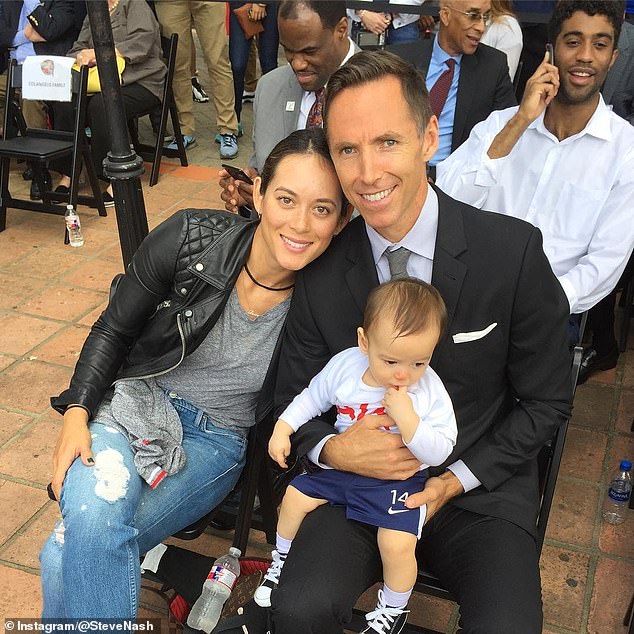 Steve Nash pictured with his wife Lilla, whom he married in 2016, and their son, Luca

Nash has no previous coaching experience, but that did not deter Nets general manager Sean Marks, who praised the longtime point guard's 'instincts for the game.'

'After meeting with a number of highly accomplished coaching candidates from diverse backgrounds, we knew we had a difficult decision to make,' Marks said in a statement.

'In Steve we see a leader, communicator and mentor who will garner the respect of our players. I have had the privilege to know Steve for many years. One of the great on-court leaders in our game, I have witnessed firsthand his basketball acumen and selfless approach to prioritize team success. His instincts for the game, combined with an inherent ability to communicate with and unite players towards a common goal, will prepare us to compete at the highest levels of the