Mo Farah sets his sights on breaking Haile Gebrselassie's one-hour distance world record in Brussels this weekend as he looks to have last laugh over his rival in first competitive run in three years Mo Farah aims to break the one-hour distance record in Brussels on Saturday The record is held by rival Haile Gebrselassie, who he rowed with 16 months ago The pair fell out after launching a series of claims at each other last year Now the four-time Olympic champion is hoping to do his talking on the track

For Mo Farah, his engagement in Brussels on Friday evening is all about the watch.

He will point to the one that determines if he collects a world record at the age of 37, but plenty of the subtext concerns a timepiece that got nicked last year.

It is more than a mere aside that the one-hour distance record Farah is pursuing should belong to Haile Gebrselassie, an all-time great of running with whom the Brit had a row for the ages 16 months ago. 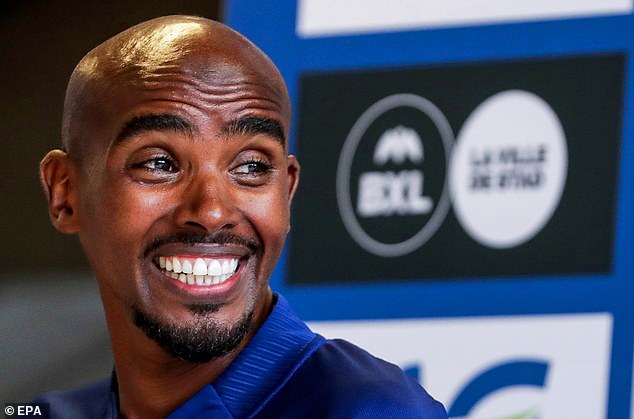 If you’ll recall, it centred on Farah’s unprompted revelation at a London Marathon press conference that his watch and other belongings were stolen at Gebrselassie’s hotel in Ethiopia and not enough had been done to help.

Gebrselassie responded with an avalanche of claims, including allegations that Farah had behaved ‘disgracefully’, attacked a couple in his gym and, alarmingly, had once tried to gain admission to the hotel for Jama Aden, a Somali coach who is wanted in Spain on doping charges.