Olivier Giroud insists he is not threatened by Chelsea signing £53m Timo Werner and vows to 'fight for his spot' under Frank Lampard Timo Werner has been brought in to Chelsea to add world class firepower   But Olivier Giroud does not feel under threat from prolific German striker   He reasoned: 'We don't have the same profile, he likes to go on the sides'

Olivier Giroud insists he does not feel threatened by Chelsea signing Timo Werner for £53million.

The striker lit up the Bundesliga and offered a reminder of his class with a goal in Spain's 1-1 draw with Germany on Thursday night in the Nations League.

But Giroud is relaxed about the superstar addition to Stamford Bridge despite the likelihood that Werner will slot straight into Frank Lampard's side. 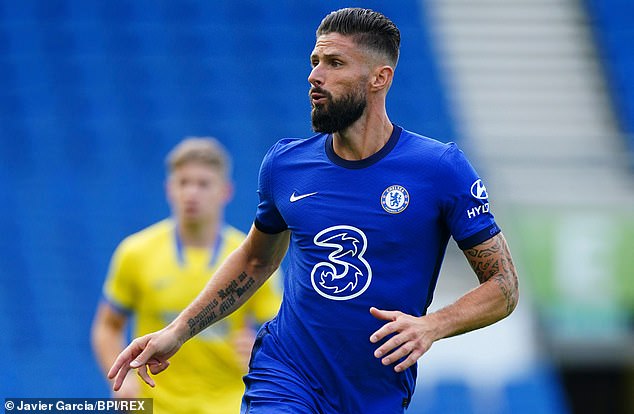 He said: 'In every big club, there's competition, and it always motivated me to fight for my spot,' he told reporters while on international duty with France.

'Now, I'm not naive and I know that the club bought Werner to put him on the pitch. One thing's for sure: we don't have the same profile,