Andrea Pirlo will DITCH 'Sarriball' and reveals his 'new methodology' in winning the ball high up the pitch is key to Juventus finally winning Champions League after 25 years Andrea Pirlo says he will ditch 'Sarriball' for a high intensity pressing game The Italian giants fell short of expectations last season with an early Europe exit  The Old Lady are searching for their 10th-consecutive Serie A title this season Pirlo, 41, says spirits in the camp are high as they strive for a strong campaign

Andrea Pirlo will ditch 'Sarriball' and has revealed that his Juventus stars have been receptive to his 'new methodology' in winning the ball high up the pitch, insisting that is the key to winning the Champions League.

Pirlo sensationally took over as Juventus boss last month following the sacking of Maurizio Sarri after the club's Champions League exit to Lyon, with the former coach's patient 'Sarriball' style of play uninspiring among players.

The 41-year-old Pirlo had been the club's Under-23 boss for just a week before receiving the call to take over as head coach of the senior squad, and he has provided an assessment of pre-season preparations so far. 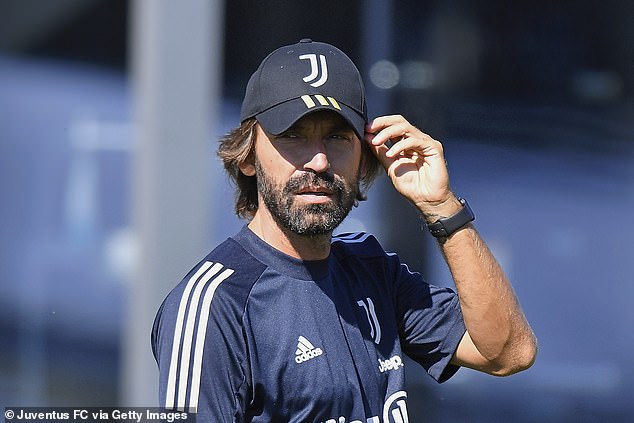 Andrea Pirlo says that his Juventus side will look to press high up the pitch, ditching 'Sarriball' 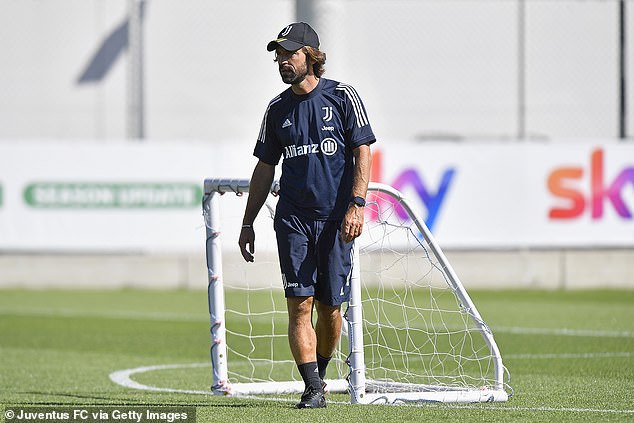 Pirlo revealed that the playing squad, which is made up of club stalwarts such as Gianluigi Buffon and Giorgio Chiellini - who both played with Pirlo for club and country - have been receptive to innovative training methods the new coach has brought to the club.

'The lads are eager to do well, they